TRS should be kingmaker at Centre post polls: KTR 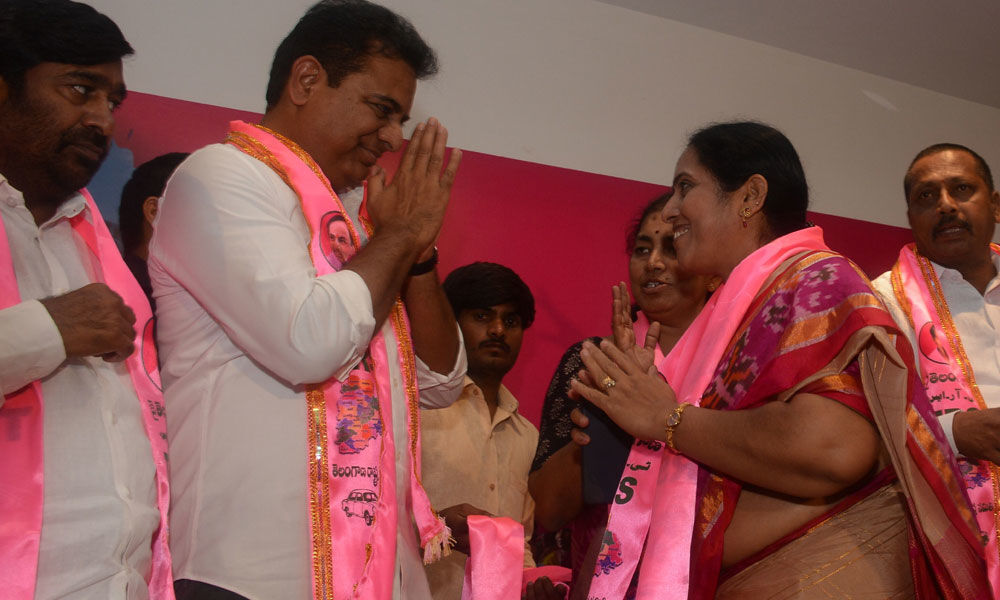 Hyderabad: TRS working president K T Rama Rao on Tuesday said that the slogan of the party for the ensuing Lok Sabha elections will be 'Karu, Saru, Pad...

Hyderabad: TRS working president K T Rama Rao on Tuesday said that the slogan of the party for the ensuing Lok Sabha elections will be 'Karu, Saru, Padaharu, Delhi lo mana Sarkaru'. Rama Rao was addressing a gathering of leaders from different parties in Alair Assembly constituency, who joined TRS at Telangana Bhavan on Tuesday.

Rao said that TRS should be in a position where it can decide who should hoist national flag at Red Fort in New Delhi. "If there are enough MPs of our party, we can have more projects to the State. The Congress party leaders, dance to the tunes of Rahul Gandhi and if they win, they will only be 'Delhi Gulams'," said Rama Rao.

KTR opined that the BJP would not get more than 150 seats and Congress would not cross 110 seats in the coming elections. In such a situation, the role of regional parties will become crucial. If the Railway minister is from the State, projects would come running to the State, he said. He said that the Centre had allocated funds to the Metro Rail project in Maharashtra only because there is BJP government in that State.