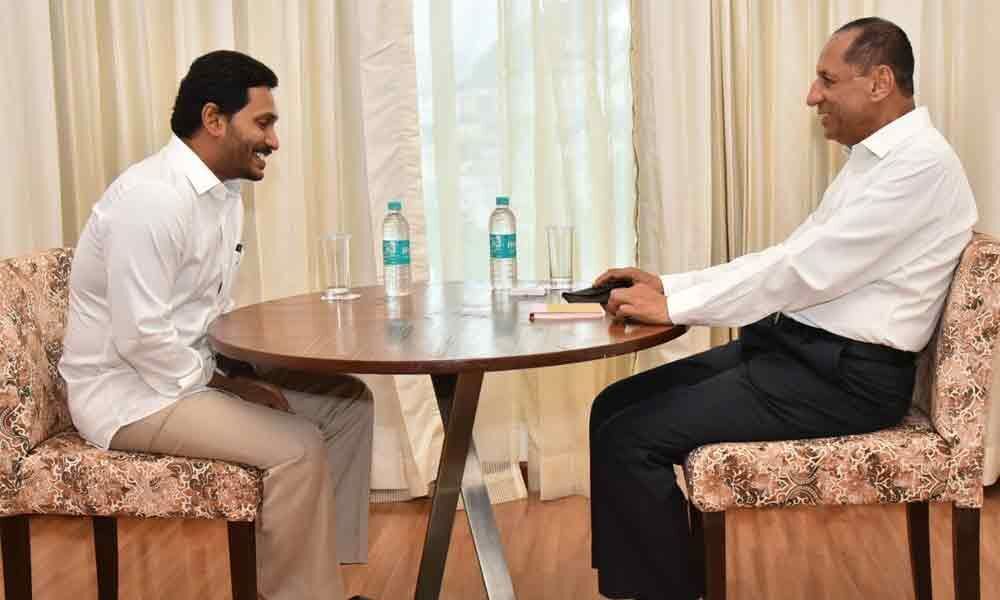 Speculations are rife that the Centre is contemplating replacing Governor ESL Narasimhan and appoint separate governors for Telangana and Andhra Pradesh.

Hyderabad/ Vijayawada: Speculations are rife that the Centre is contemplating replacing Governor ESL Narasimhan and appoint separate governors for Telangana and Andhra Pradesh. It is being said that Narasimhan may be given an important position in New Delhi.

If this happens then Narasimhan will become the longest-serving Governor. He was made the Governor of united Andhra Pradesh in 2009.

It may be mentioned here that Narasimhan's tenure as Governor had ended long back and he is on extension. The government order said the he would continue till further orders.

Official sources, however, denied that there was any move to shift him. He also has the distinction of swearing in many chief ministers -- K Rosaiah and N Kiran Kumar Reddy in the undivided AP and then K Chandrasekhar Rao twice as chief minister of Telangana, N Chandrababu Naidu as chief minister of AP in 2014 and now Y S Jagan Mohan Reddy.

Meanwhile, Narasimhan on Tuesday made a sudden visit to Vijayawada. Ahead of his maiden budget session which would begin on July 11, Chief Minister Y S Jagan Mohan Reddy met the Governor and briefed him about the budget.

The Chief Minister is said to have apprised the Governor, on the new bills, proposals and plans to boost financial sources included in the upcoming budget.

He is also said to have informed the Governor about the proposed plan to shift Godavari water to Srisailam, Rayalaseema, Nellore, Prakasam and other districts in Telangana.

Apart from apprising the Governor about the state's financial condition, issues like special status to the state and solution to bifurcation issues are also said to have come up in the meeting between the Chief Minister and the Governor.

The chief minister is said to have invited the Governor to address the budget session.

Jagan explained to the Governor on budget allocation by the Centre and financial constraints of the State. He is said to have further informed the Governor about the top priority that is being given to Navratnalu in the budget.