TS next promising State for BJP in south: Laxman 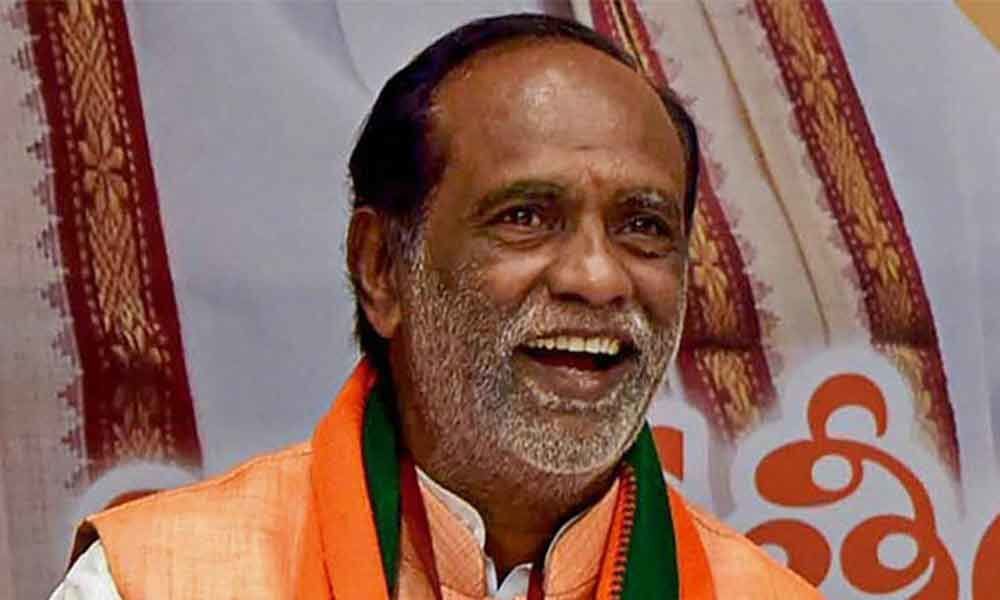 Hyderabad: Telangana would be the next State after Karnataka in the south with potential growth prospects for the party, State BJP president K Laxman said here on Thursday.

"In the south, after Karnataka, the fertile place for BJP is going to be Telangana," he told reporters.

Laxman was jubilant over the party's surprise leads in four Lok Sabha seats -- Adilabad, Karimnagar, Secunderabad and Nizamabad -- in the State.

"There is a massive response in Telangana State. First time in the political history of Telangana for BJP, we are winning four Lok Sabha seats on our own and not less than 19 per cent votes. I feel proud as BJP's president," he said.

Though JD(S) and Congress contested together (in Karnataka), BJP emerged victorious, he said. BJP has a bright future in Telangana State, he asserted.

The party would work with the goal of coming to power in the State to herald "Modi-like rule" in the State, Laxman said.

He also said BJP would fight to end the alleged misrule and undemocratic rule of TRS in the State.

BJP contested on its own in the Assembly polls in December last "after being caught in TDP's hold for long," he claimed.

BJP earlier had an alliance with the TDP.

Though it could win only one Assembly seat, the party moved ahead with courage, he said.

Laxman said the ruling TRS sought to win 16 Lok Sabha seats and play a key role at the Centre, but their plan had now got derailed.

He hailed the leadership of Modi and party chief Amit Shah for BJP's projected massive win in the Lok Sabha polls.