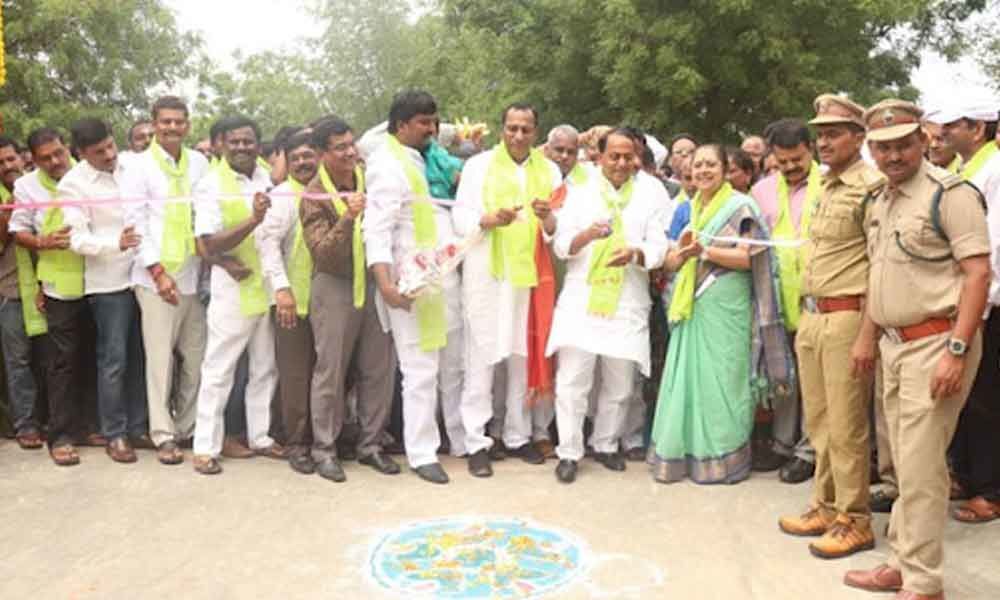 Jatayu urban park and Aarogyavanam that are being developed under Urban Lung Space have been opened at Medipally and Dammaiguda respectively by the ministers Indrakaran Reddy and Mallareddy on Friday.

Spread over 298 hectares, the Jatayu park has been developed at Narlapally reserve forest area which includes facilities like Yoga Shed, Walking track, benches and several others. Speaking on the occasion, minister Malla Reddy said that the park will have a food court, open gym soon.