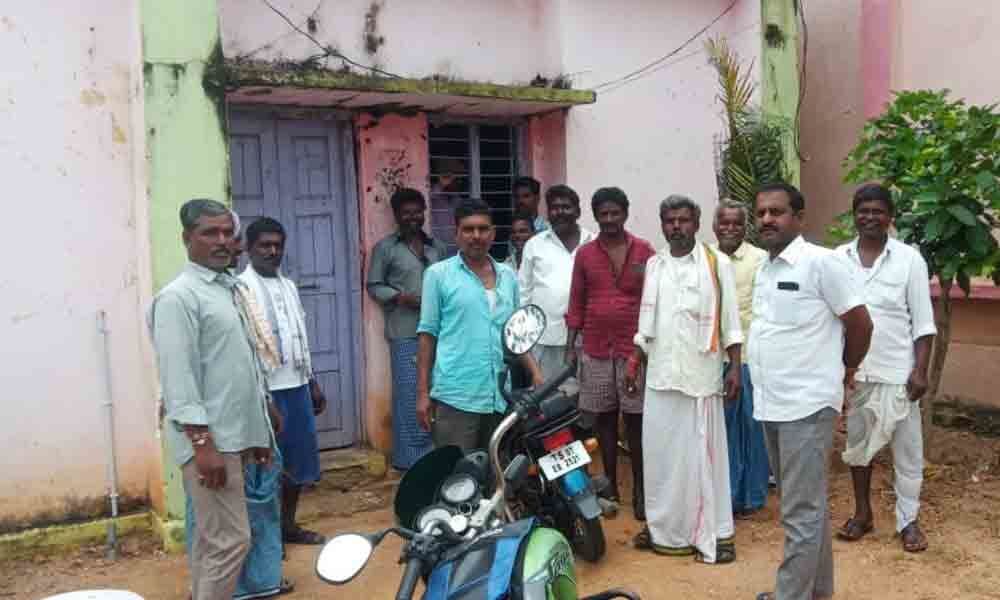 Even though the officials are stressing that there is no shortage of urea in Kamareddy district, the farmers are struggling with its shortage.

Kamareddy: Even though the officials are stressing that there is no shortage of urea in Kamareddy district, the farmers are struggling with its shortage. The situation is worst that the officials had to distribute urea amidst police security at Gandhari single window on Thursday (August 22).

The farmers have detained single window officials at Shetpally in Lingampet mandal on Friday, demanding urea to be distributed to them. Farmers across Kamareddy district are coming to the Primary Cooperative Society every morning for fertilisers. Only one or two lorry loads of urea is coming and being distributed to farmers. But most of the farmers waiting in the line didn't get and those who got, are not satisfied with the amount of urea as it did not fulfil their needs. But the farmers still visiting the cooperative society daily hoping that another lorry with stock may come, in vain.

Whenever a lorry with urea stock comes, it gets emptied within one hour. Farmers are angry that many of them have to return without urea and demanding fertiliser enough for their needs.

According to the officials another 15 truckloads of urea will be allotted to Kamareddy district but it cannot fulfil their needs. It is estimated that maize crop will grow on 16,000 acres in Gandhari mandal but in fact this crop is being cultivated in on about 24,000 acres.

So far, 3,803 metric tonnes of urea has been supplied to Gandhari mandal, which is not enough. Agriculture officials, who earlier predicted shortage of urea in Kamareddy district, are yet to meet the fertiliser estimates.

Gandhari Agriculture Superintendent Yadagiri informed that the district needs 10 lorry loads of urea as per the estimations of cultivated area. But the area under cultivation in reality is different with the numbers on paper. Actually each AEO has to monitor at least 3,000 acres per day and enter the details of cultivated land in records. But the AEOs reportedly didn't actually checked the land under cultivation, hence the present situation where urea shortage has raised allegedly due to improper assessment of land under cultivation.