Will analyse what went wrong: KTR on results 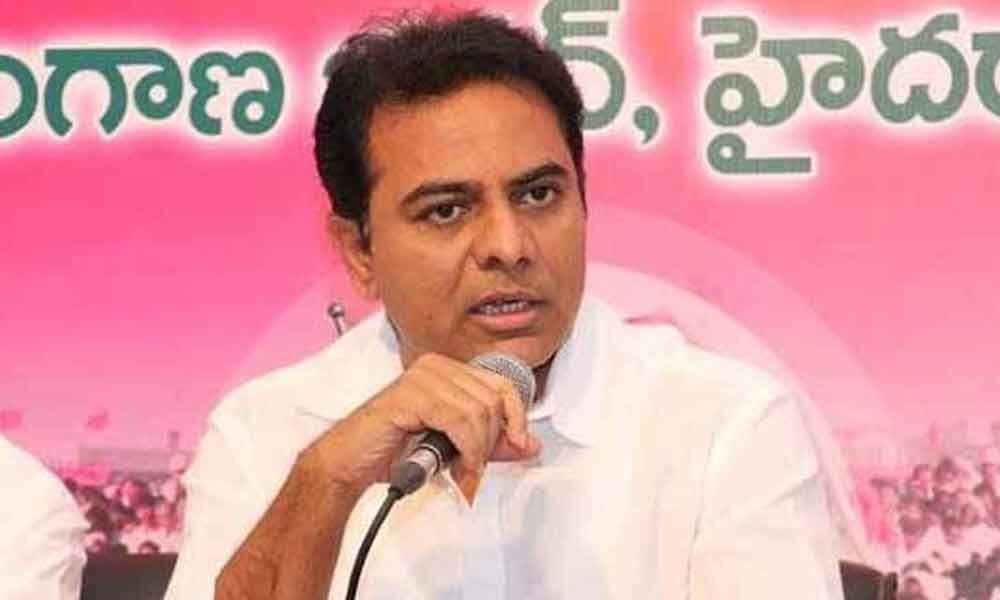 Stating that people of the State gave majority of seats to the party, Telangana Rashtra Samithi

Hyderabad: Stating that people of the State gave majority of seats to the party, Telangana Rashtra Samithi (TRS) working president K T Rama Rao on Thursday said that the party would discuss and analyse what went wrong during the elections.

Addressing a press conference here at Telangana Bhavan, Rama Rao congratulated the Election Commission for successful conduct of elections. He also thanked people of the State and congratulated the Congress and BJP leaders on winning.

"Victory and defeat are part of democracy. People of Telangana have given us majority constituencies. We expected good number of constituencies... we expected 16 seats, we tried hard and people have also blessed us. We were given nine seats and our friendly party MIM has also won," Rama Rao said.

Rama Rao said the party would discuss and analyse the results and see what went wrong. He said that whatever responsibility the people have given to Chief Minister K Chandrashekar Rao will be fulfilled. Rama Rao refused to talk on Telugu Desam Chief N Chandrababu Naidu.

"I will not talk against Chandrababu Naidu just because he has lost, as winning and losing are part of democracy. Our party president had congratulated Y S Jagan Mohan Reddy and Odisha Chief Minister Naveen Patnaik for victory in their States. We don't have any individual grudge against anyone. We will fight on interests of Telangana," Rama Rao said.

Replying to a question, Rama Rao said the elections results were not yet declared in Nizamabad. "Do not jump to any conclusion... several stalwarts have lost elections, Kavitha may have lost. We will analyse, what went wrong.

There are reports that the Congress also has colluded with BJP. We need time to sit and discuss what went wrong.

Everyone knew they were not farmers, they belonged to the Congress and the BJP," he said. He said that the public mandate is ultimate in democracy and the party will not question it.