Woman falls sick waiting in queue for urea in Nizamabad 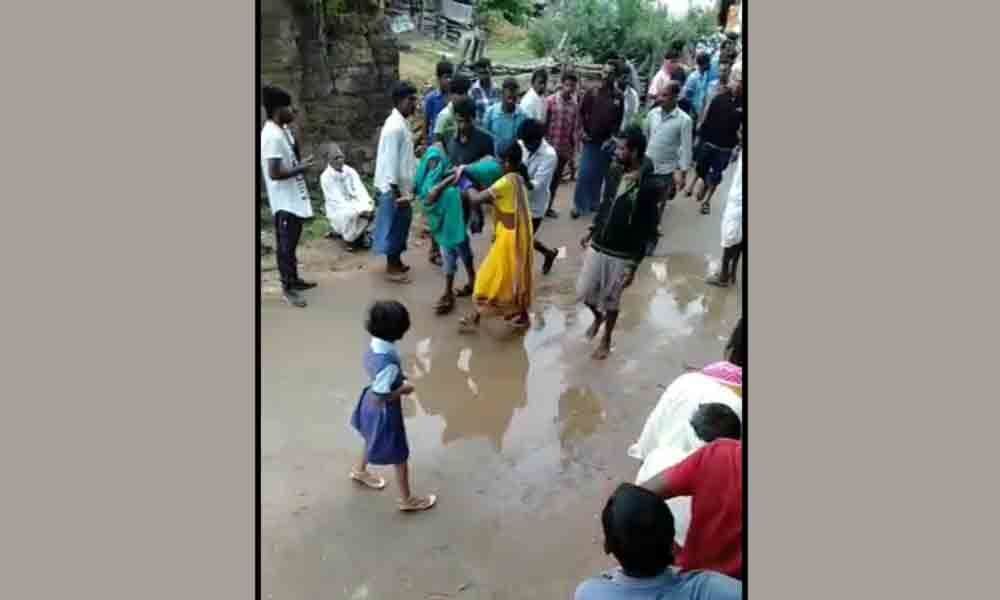 x
Farmers taking a woman, who fell sick while waiting for urea at Indalwai Primary Agricultural Cooperative Society, to hospital on Friday
Highlights

A woman fell seriously sick, while waiting for urea for several hours at Indalwai Primary Agricultural Cooperative Society on Friday.

After getting news of urea distribution, the farmers queued up at the cooperative society since 5 am on Friday. They lost patience after standing for several hours and a woman farmer Badavath Shobha of Triyambak Thanda fall sick with a sudden drop in

blood pressure. She was rushed to government hospital at district headquarters.Farmers criticised that they have been waiting for urea for the past one week and today only 220 bags of urea came to the society when there are about 1,000 of them in the queue.

They requested the government to supply sufficient urea for all the farmers within two or three days. Otherwise, they warned of staging dharna and will organise rasta roko.

Jostling took place among the farmers when more people came from neighbouring villages for the urea. Distribution was done amidst police security. Society Chairman M Gopal said that they are giving one urea bag to each farmer.

In Kamareddy district, farmers waiting for urea at Ramareddy mandal headquarters, lamented that they are facing severe problems due to lack godowns.

At a press conference in Nizamabad on Friday, CPM secretary Ramesh Babu and party leader Peddi Venkatramulu demanded Agriculture Minister Singireddy Niranjan Reddy to take back his comments,who equated the death of a farmer in a queue to procure urea with those standing in line for a movie ticket.

The farmers lamented that it seems there is no end to their problems. "We are happy this year with timely rains and started field related works like paddy transplantation and paddy growth is also satisfactory," they said. But now their worries were increased due to urea shortage at the nick of the time.