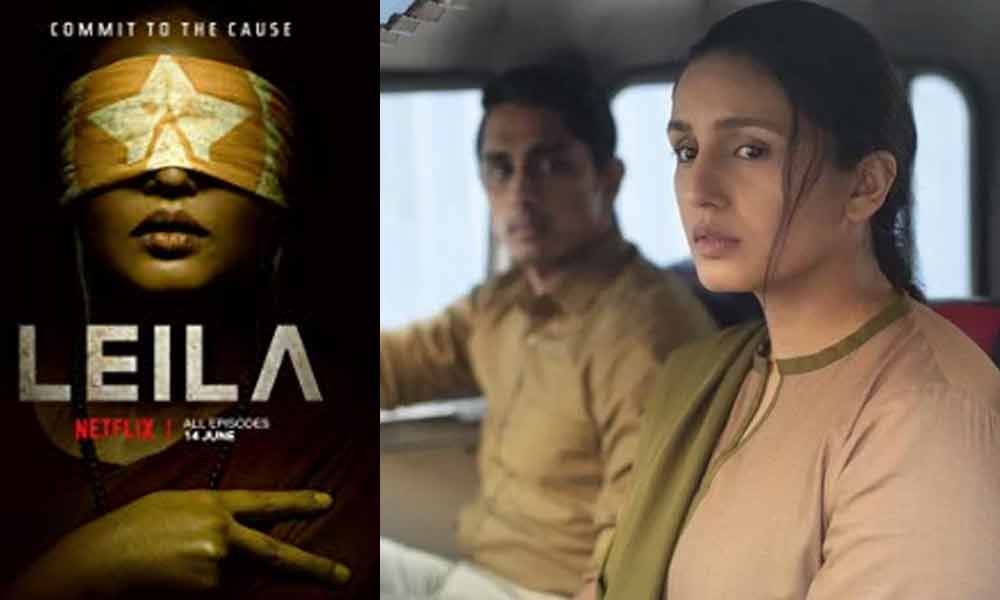 Leila is an adaptation of the book of the same name with Huma Qureshi as the lead and Siddharth, Sanjay Suri & several others in lead supporting roles.

Leila is an adaptation of the book of the same name with Huma Qureshi as the lead and Siddharth, Sanjay Suri & several others in lead supporting roles.

The show is a major departure from regular format crime dramas or comedies that end up being produced.

It exploits the idea of a future where Hindu dharma or what we call today Hindu dharma, a more sophisticated version of Aryavartta that used to be practiced in Ancient Sub-Continent. The raise of Dravidian unity in Tamil Nadu among the Tamil speaking people is also many of them being against Aryavarttha.

World is ruled by Aryavarttha head and he builds walls between the communities according to the status that their caste allows them. We see intercaste and inter-religion marriages being banned. Aryavartta expands to those areas with ease that some thought that they would be free off. All this is said to be a future set in 2040.

Huma Quershi's husband is killed as he is a Muslim and her daughter Leila is taken away from her too. She starts fighting back but she is sent to purity camp as she married a Muslim but born as Hindu. She has to find a way to meet her daughter. Through her eyes we see how rich are able to afford slaves and how people who adopt kids are being slaughtered and how poor people are unable to get drinking water as the community divide is huge.

Well, the first three episodes are highly inconsistent and the book offers more in -depth and distinctive characterisation to its plot. But here, we feel the makers tried to instigate fear more than the human drama that is needed to be focussed more on.

Huma and Siddharth as a worker close to Aryavartta are good but script isn't highly engaging after a point. It just tries to give us terrified view of a world with water crisis being taken over by a community supported by rich people to safeguard their wealth.

The story is executed in such a way that we don't get involved into the premise so much as the makers are just concentrating building up more and more than giving us insight into how such a world became reality.