2,700 staff deployed for counting in Prakasam 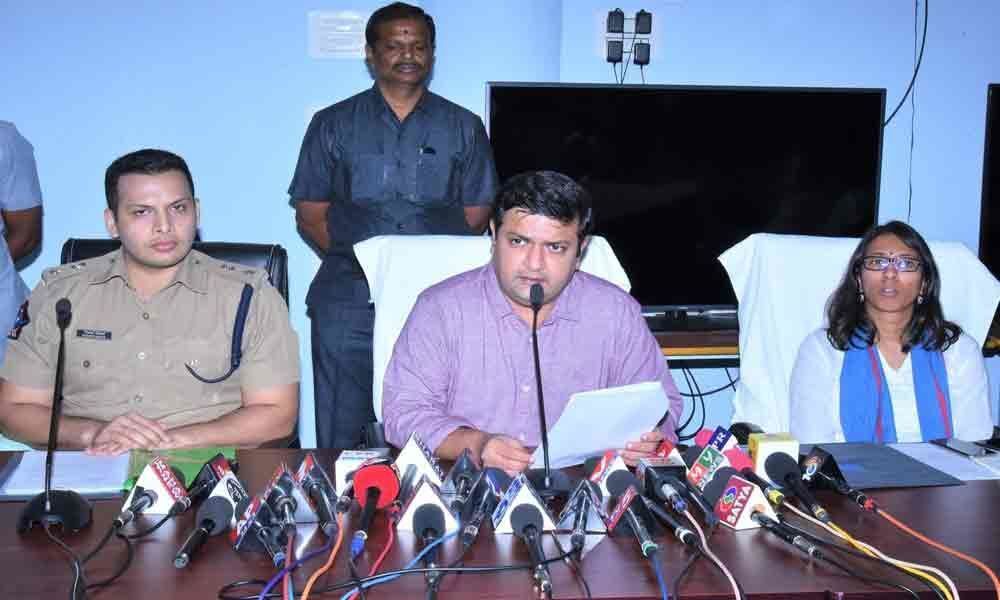 he Prakasam district electoral officer and collector Vadarevu Vinay Chand announced that all arrangements have been made for the counting of votes on May 23.

Ongole: The Prakasam district electoral officer and collector Vadarevu Vinay Chand announced that all arrangements have been made for the counting of votes on May 23. The collector, joint collector and returning officer for Bapatla parliament S Nagalakshmi, SP Siddharth Kaushal held a press meet at the election control room on Tuesday and briefed over the arrangements.

He asked the counting agents should be seated at their designated table only and should not shift to other places. He said that the arrangements for the food and drinking water for the staff, agents were made at the counting centres.

He asked the agents to keep their mobile phones in the counters and announced that any attempt to disrupt the counting process attracts criminal charges according to the law. SP Siddharth Kaushal said that about 1,300 CRPF personnel were deployed at the counting centres and another 1,400 police personnel will be on duty to keep law and order. He announced that Section 144 and Section 30 of the Police Act will be in force on the counting day and requested the cooperation of the public.