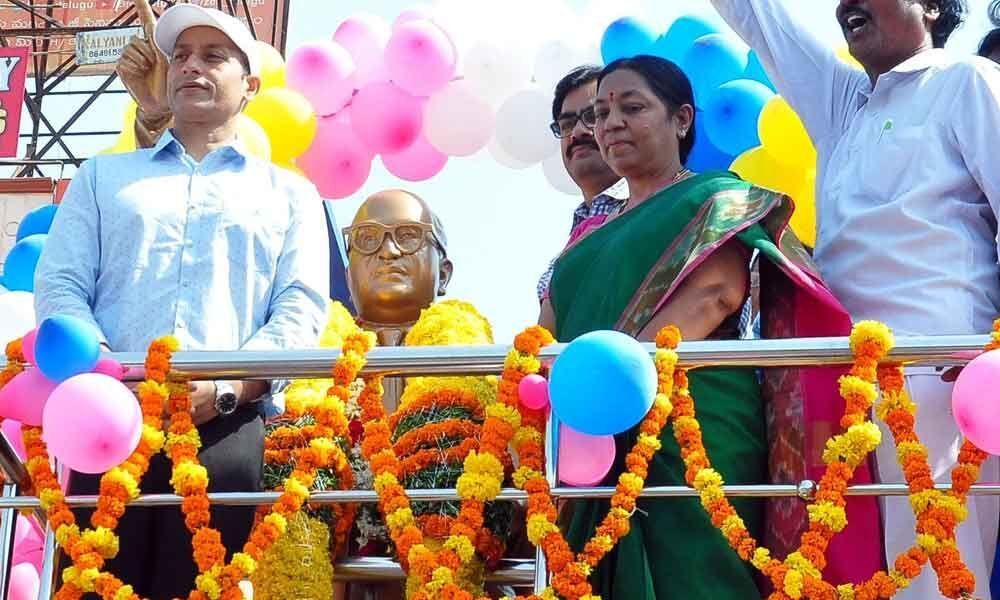 Eluru: Architect of Constitution Dr BR Ambedkar has laid strong foundations for democracy in the country, said District Collector Praveen Kumar. He garlanded the statue of Babasaheb to mark his 128th birth anniversary here on Sunday. Paying rich tributes to the great leader, Praveen Kumar said the contribution of Ambedkar for the good of humanity was reminded forever.

He was a great personality who gave emphasis on concepts of freedom, equality and social justice while drafting the Constitution, which is appreciated all over the globe. He understood the aspirations of masses after Independence and took decisions accordingly which were reflected in the preamble of the Constitution.

He tried to convince everyone that education would bring awareness. His ideals are worth emulated by all. They are relevant forever. The Collector called upon all the sections of the people to come forward to take the district on the path to development by following footprints of Dr Ambedkar.