Andhra: BJP demands probe for ornaments which went missing 3 years ago from TTD 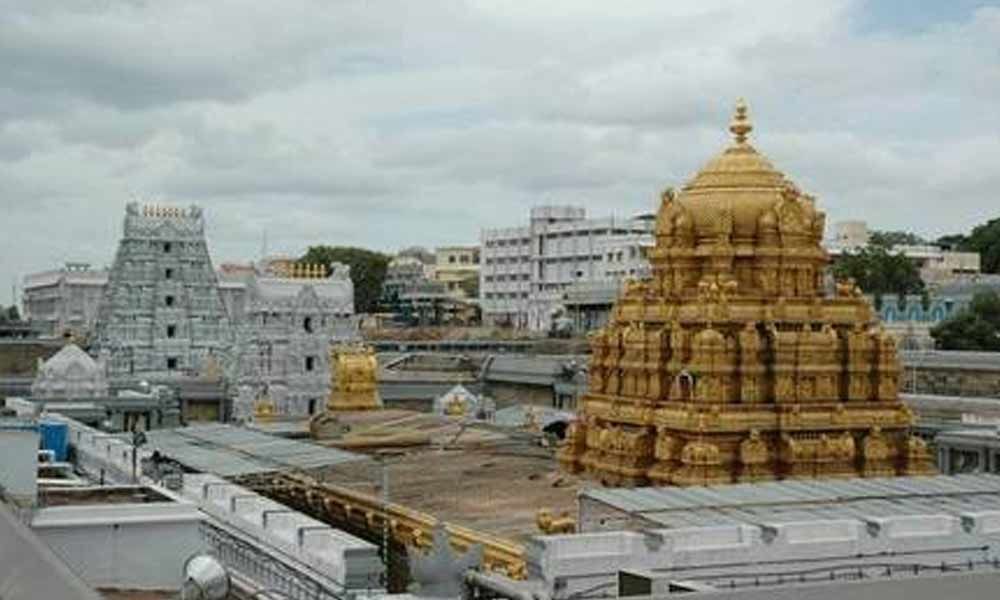 "The trust did not file a criminal case but simply recovered the money from the salary of the trust's Assistant Executive Officer. Are they trying to save someone? We demand a probe," state BJP leader Bhanu Prakash Reddy had said, alleging discrepancies in the investigation conducted by the authorities.

The cost of the ornaments, which allegedly went missing three years ago, was drawn from the monthly salary of the trust's official, who was the then in-charge of the treasury. A sum of Rs 25,000 was recovered for eight-month between 2018 and 2019 from him.

The ornaments which were found to be missing were -- one silver crown, two golden rings, two necklaces, gold, silver, copper and aluminium coins, worth over Rs 7 lakh.

TTD executive officer Anil Kumar Singhal, however, said that it is a practice to recover the ornament's value from the officer-in-charge of its inspection.

"It was found that the ornaments worth Rs 7.36 lakh were missing. Accordingly, we recovered the amount from the Assistant Executive Officer," he added.

He further asserted that the ornaments will be re-inspected again in September and if they are found to be missing, a department inquiry will be initiated against the incumbent in-charge.