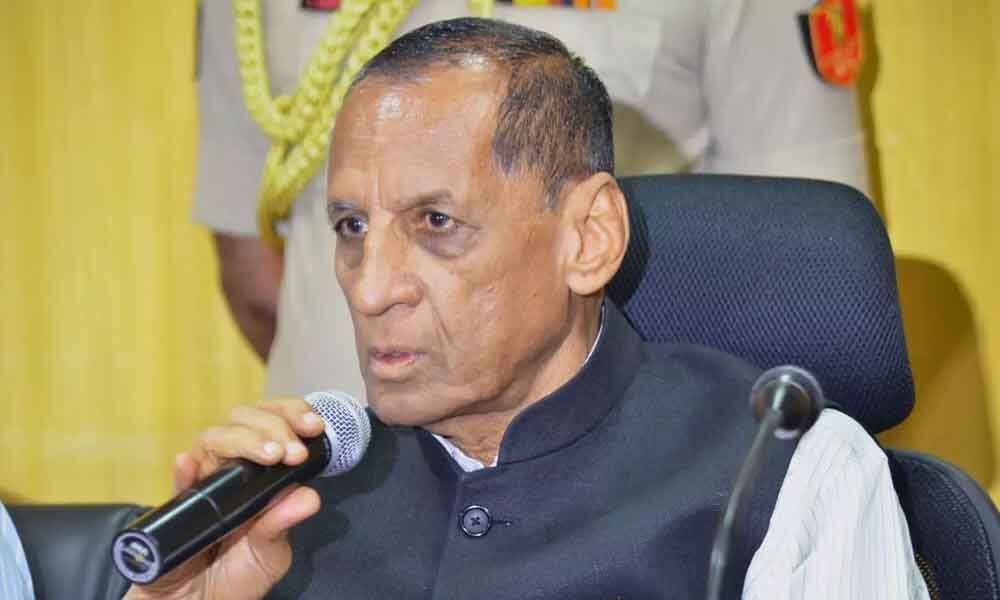 The Governor ESL Narasimhan has dissolved the fourteenth Legislative Assembly on Saturday. Though the Governor has issued dissolution orders on May 23 through GO Ms No 25

Amaravati: The Governor ESL Narasimhan has dissolved the fourteenth Legislative Assembly on Saturday. Though the Governor has issued dissolution orders on May 23 through GO Ms No 25, the authorities have released the official gazette on Saturday.

As soon as the Election Commission of India has declared the results, the then Chief Minister N Chandrababu Naidu tendered his resignation on the same day, May 23.

Accepting the resignation of Naidu, Narrasimhan asked him to continue as a caretaker CM till the new government is formed.

In the notification published on Saturday, M Vijaya Raju, Secretary to AP State Legislature (I/C) stated that, "In exercise of the powers conferred by clause (2) (b) of Article 174 of the Constitution of India, Governor, on the advice of the Council of Ministers, hereby dissolve the Fourteenth Legislative Assembly with immediate effect".

The YSRCP president YS Jagan Mohan Reddy, who won the general elections with landslide victory is going to take oath as Chief Minister on May 30 at Vijayawada in a grand ceremonial manner.