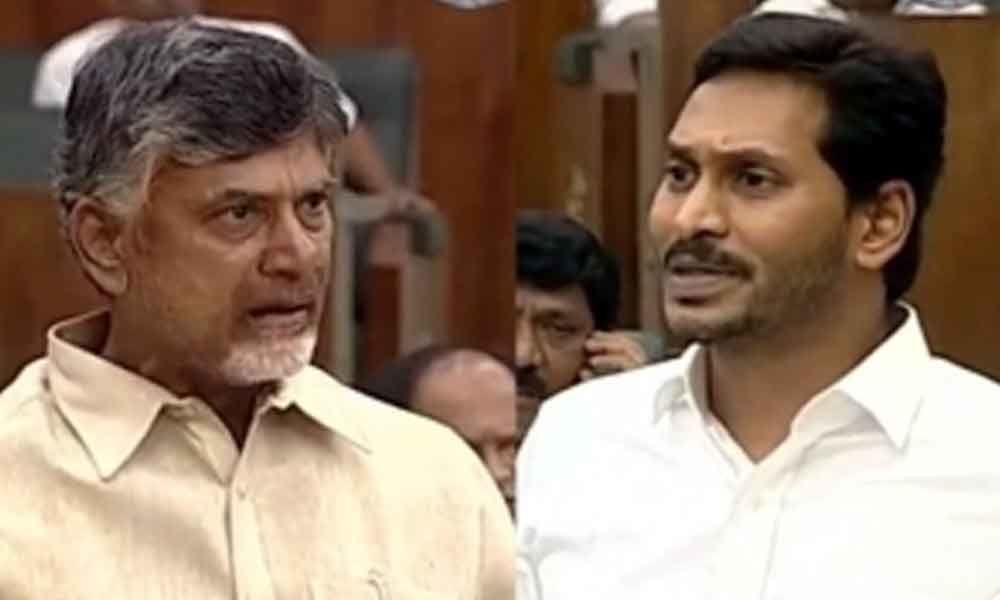 The TDP president and Opposition leader Nara Chandrababu Naidu commented that the decisions of YSRCP government are in favour of the Telangana.

Amaravati: The TDP president and Opposition leader Nara Chandrababu Naidu commented that the decisions of YSRCP government are in favor of the Telangana.

Speaking at the Assembly on Monday, Chandrababu has thrown a challenge that if the capital city farmers say that the decisions of YSRCP government are correct, then he is ready for anything.

He alleged that earlier also the YSRCP leaders have opposed the construction of Amaravati capital city, they have burned down crop and provoked a few farmers against the government.

Chandrababu Naidu has expressed anger that they have written letters to the World Bank against the capital region. He said in the capital city land acquisition, 7,000 acres of land would be left over, and with that, Amaravati project can be completed.

He said that if the city like Bangalore and Hyderabad are built, then only the revenue will be generated to the state. He also criticized that after YSRCP coming into power, the land prices in the capital region have fallen. The farmers who have given their lands are now worrying.

Chandrababu Naidu has clarified that there was no corruption happened in the Amaravati project. On this occasion, he recalled that earlier the World Bank team had visited Amaravati.