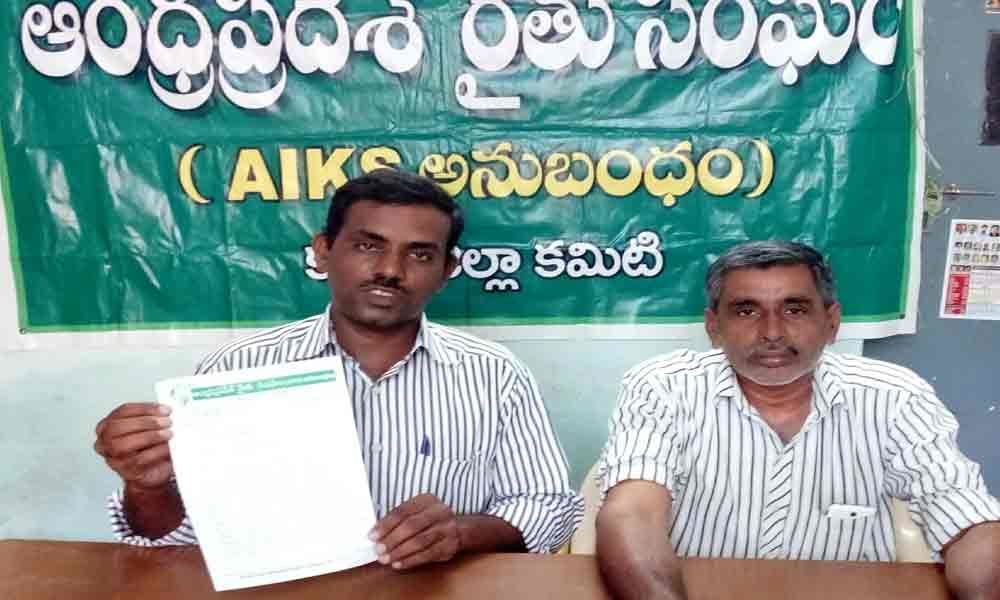 Farmers began the agriculture operations for groundnut crop two weeks ago, he said and stated that there will be unrest among farming community if they fail to secure the seed in right time. Dastagiri Reddy mentioned that the district administration was able to supply only 15 quintals of seed against requirement of 30 quintals for the current kharif season.