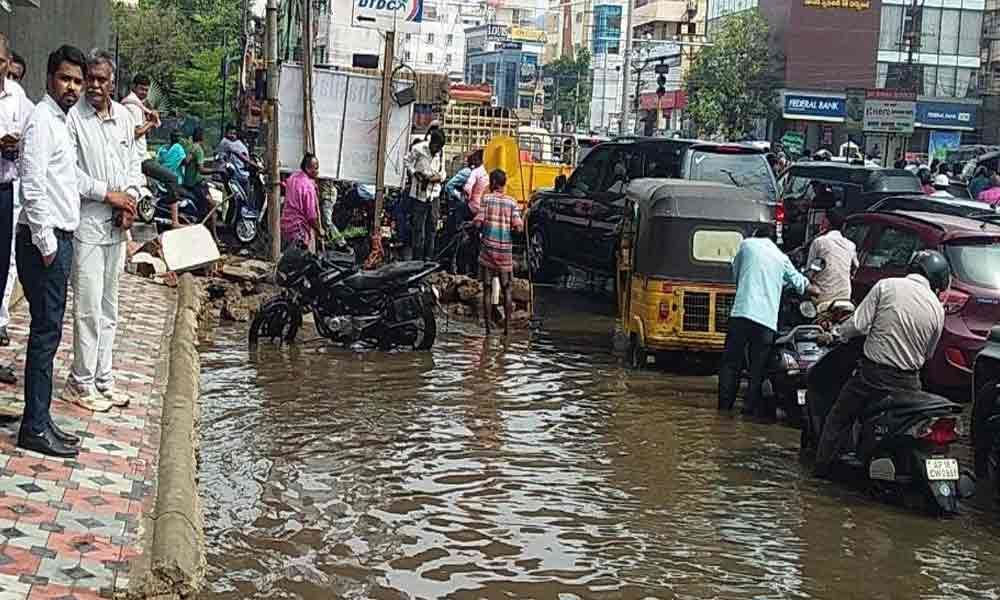 VMC Commissioner Prasanna Venkatesh on Tuesday ordered the concerned staff to drain the rain water logged at various places in the city.

The commissioner visited Jammichettu centre, Pinnamaneni Polyclinic road, Mother Teresa junction, Nirmala convent road, Adhikari Hotel road and other places in the city wherein water was logged. He spoke to the officers and gave few suggestions to drain the rain water. He also told the staff to clear the floating garbage in the side canals for the free flow of drain water.

The commissioner on observing water logged at Hotel Kishnaya ordered the concerned department officials to divert the rain water to the nearest side canals and see that rain water was not stagnated. Medical officer Dr K Arjuna Rao, health officer Dr Babu Srinivas, executive engineer Srinivas and others accompanied him.