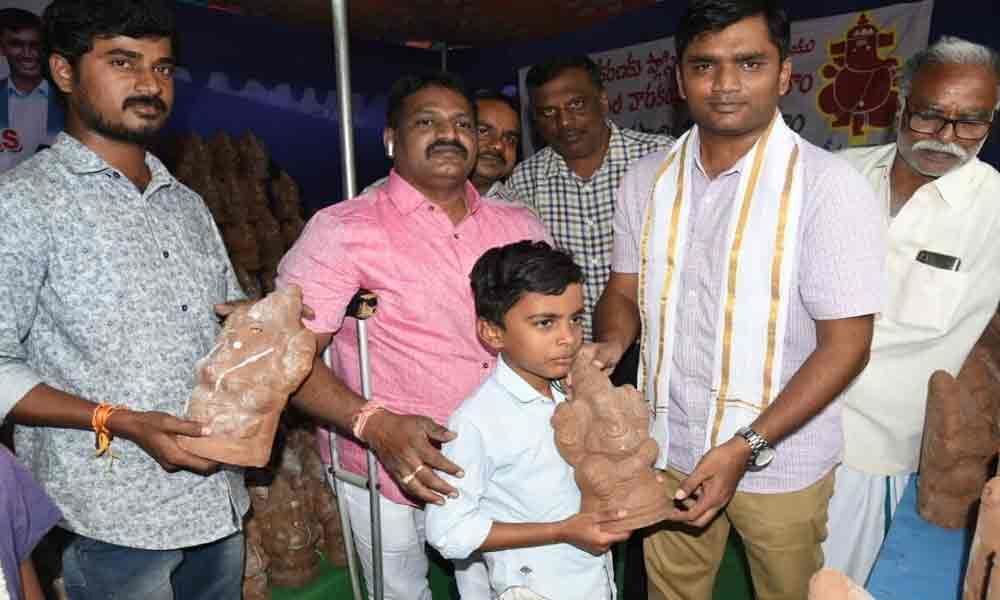 District Collector Narayan Bharat Gupta said that it was planned to distribute 50,000 clay idols of Lord Ganesh in the district in connection with...

Chittoor: District Collector Narayan Bharat Gupta said that it was planned to distribute 50,000 clay idols of Lord Ganesh in the district in connection with Vinayaka Chavithi festival. So far 7,000 clay idols were distributed in Tirupati and 5,000 idols in Chittoor with the active participation of AP Pollution Control Board, he said.

Speaking to media persons here on Sunday, Gupta reiterated that there was absolute need to prohibit the use of Plaster of Paris ( POP) for making Ganesh idols in the interest of protecting the environment.

There is a threat for human survival due to environmental pollution in air, water, soil, light and noise. Using PoP idols would cause soil and water pollution . Hence it is advised to one and all to use only clay for Lord Ganesh idols, " he said.

Referring to the ongoing AP Village Secretariat Staff Recruitment Examination , he said that 1,00,409 candidates have attended for the examination while 7,312 candidates were absent .

He further said that effective arrangements have been made for the devotees at Kanipakam temple for Vinayaka Chavithi festival. More than 70,000 laddus will be distributed among devotees, he stated.

Minister for Panchayatraj P Ramachandra Reddy is expected to visit Kanipakam temple to present the silk clothes on behalf of the AP government, he informed. Earlier, the District Collector has distributed the Ganesh clay idols here in which Narendrababu , Executive Engineer, AP Pollution Control Board ,Tirupati and others were present.