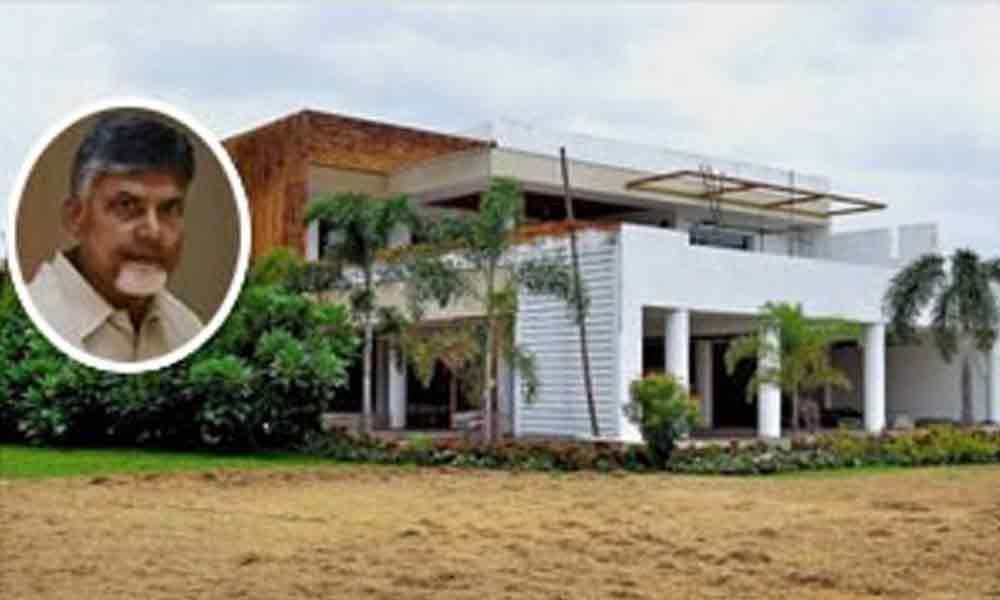 AP Chief Minister YS Jagan Mohan Reddy has issued orders for the demolition of the Praja Vedika which was built illegally by the previous TDP government.

Amaravati: AP Chief Minister YS Jagan Mohan Reddy has issued orders for the demolition of the Praja Vedika which was built illegally by the previous TDP government.

After receiving the orders, the CRDA officials have demolished the Praja Vedika soon after the conclusion of the Collector's conference.

CM YS Jagan who is seriously focused over the illegal constructions has clarified that all the buildings will be demolished.

However, in the list of the illegal construction former CM Nara Chandrababu Naidu's residence also fall in the line. With this, the CRDA Assistant Director Narender Reddy have reached Naidu's house and issued notice's on Friday morning.

Meanwhile, after coming into the power in 2014, the TDP supremo has taken the prominent industrialist Lingamaneni Ramesh guest house at Undavalli and converted it as the CM camp office. Since then Chandrababu Naidu is residing at that house.

On Friday, the CRDA officials have issued the notice's to all the building owners on the river bank. It's said that the officials have identified a total of 50 illegal constructions on the Karakatta.