Diabetes can be controlled, says Dr Sindhura of Ramesh Hospital 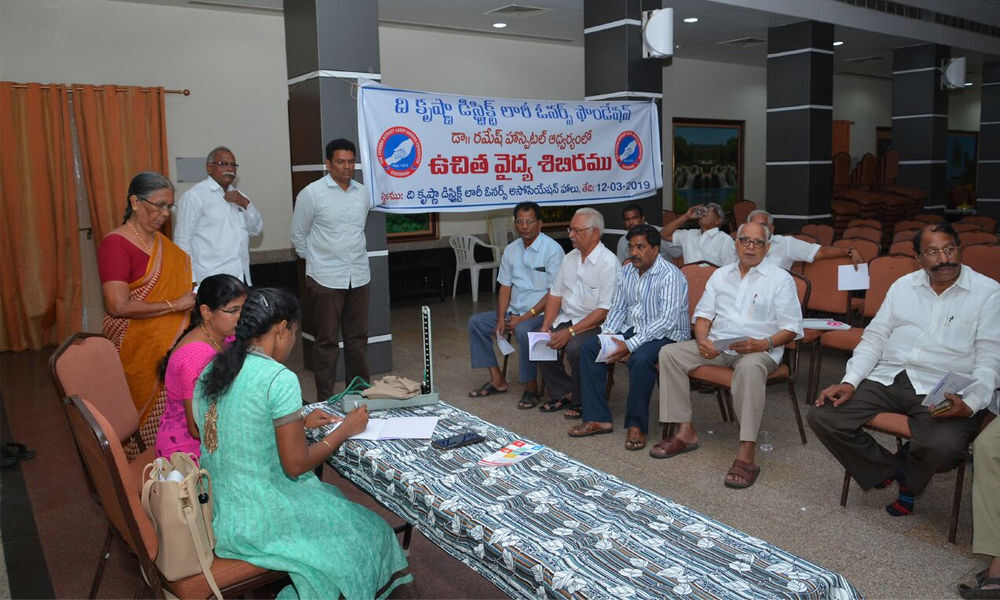 Vijayawada: Diabetes can be controlled with regular check-up, medication and by following diet discipline, said Dr Sindhura of Ramesh Hospital. A fr...

Vijayawada: Diabetes can be controlled with regular check-up, medication and by following diet discipline, said Dr Sindhura of Ramesh Hospital.

A free medical camp was organised by the Krishna District Lorry Owners Association in association with Ramesh Hospitals here on Tuesday.

Dr Sindura said before a person is attacked by a disease there would be some symptoms and changes in the body. One should immediately consult the doctor for treatment before the disease turns chronic.

She said that feeling thirsty, over urinating at nights, weight loss and feeling hungry are a few symptoms of diabetes. If a person is suffering from cough for more than a week, it could be tuberculosis.

Most of the people have a wrong perception that the illness would subside of its own which is not correct, said the doctor.

Hospital CEO K Rajagopal said that self-medication is not at all advisable for any disease and one should consult a doctor for treatment.

Lorry association president PSV Prasad, secretary K Venkateswara Rao, A Sadasiva Rao and other members of the association were present.