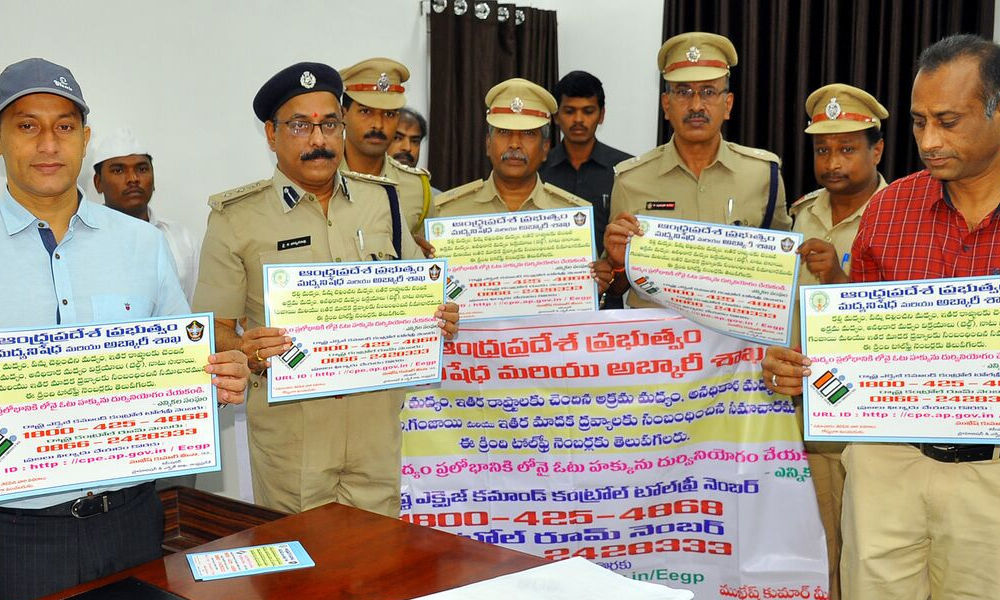 Eluru: Eluru parliamentary constituency Returning Officer and District Collector Praveen Kumar has appealed to alcoholics not to misuse their sacred vote in exchange of liquor.

He made an appeal to boozers to recognise the value of the vote which decides their future. Those influencing them with liquor are trying to buy their vote which cannot be exchanged for anything.

The alcoholics should resolve not to accept the liquor or anything which is intended to influence their voting right.

He released a poster of excise department advising people to reject liquor in exchange of vote.

Speaking on the occasion, he said they should not accept even illicitly distilled liquor, arrack, country made liquor, imported liquor, liquor from other states at the time of polling.

They should simply reject any offer of liquor at the time of polling as it affects 5 years of their future, if they exercise their vote influenced by alcohol.

He also appealed to them to provide information about such liquor suppliers to the excise department.