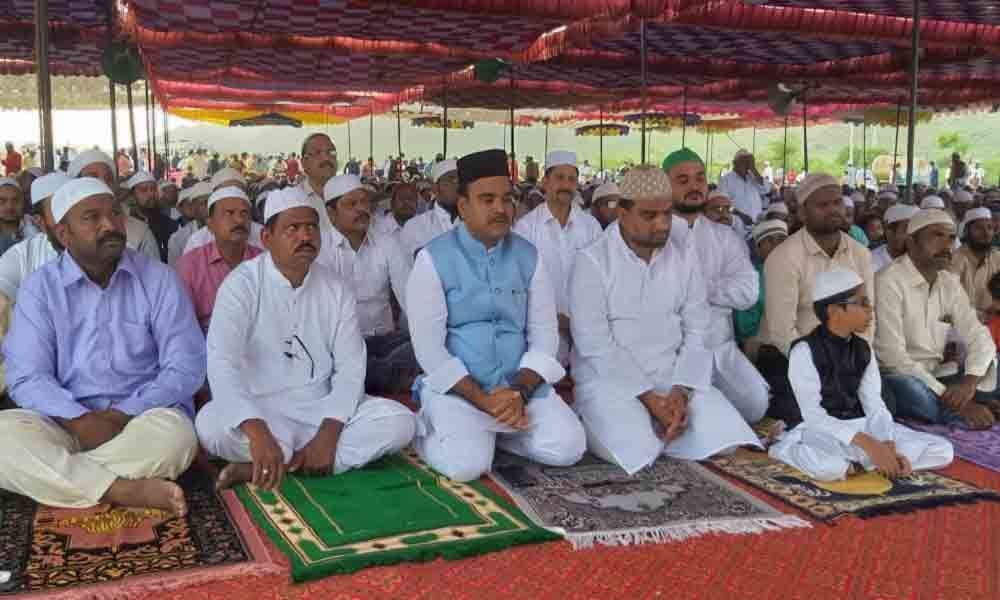 Bakrid (Eid-al-Adha) festival was celebrated with religious fervour across the district on Monday and Muslims in large numbers offered special prayers...

Kadapa: Bakrid (Eid-al-Adha) festival was celebrated with religious fervour across the district on Monday and Muslims in large numbers offered special prayers at the mosques since morning.

Deputy Chief Mnister Amzath Basha performed prayers at Halima Sadia grounds at Mamillapalle grounds and addressed the gathering. He said Eid-al-Adha is meant to sacrifice. While wishing India to be in the top position in all fronts irrespective of religions, the deputy chief minister has called upon the Muslims to play crucial role in protecting the integrity of the nation.

He hoped there would be timely rains and the farmers would get rich yield in cultivation. He said that government is keen on improving the living standards of Muslims by introducing various welfare schemes. He said that state is witnessing rampant development in all fronts under the leadership of Chief Minister Y S Jagan Mohan Reddy. Religious elders and leaders were present.