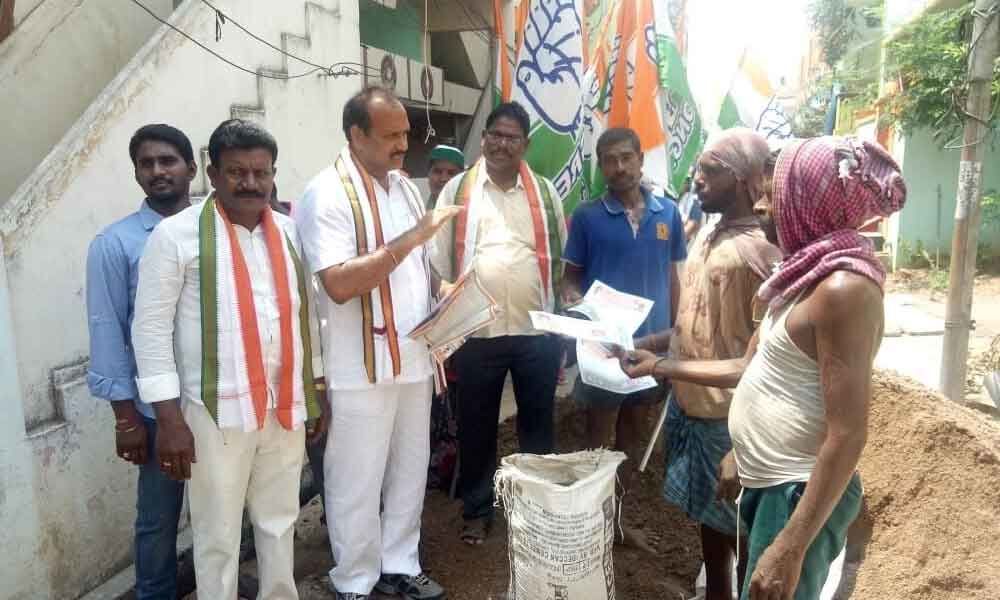 Ongole: The Congress party which rose again in the state like a phoenix, is asking the public to give another chance to serve the public. The party Ongole assembly candidate Eda Sudhakar Reddy interacted with the local public and explained them that the state and the district requires special category status (SCS) for development and it is only the Congress party that can give it.

He said that the sitting MLA and TDP candidate Damacharla Janardhana Rao demolished the old structures like drains, dividers and reconstructed to make money and the former MLA and YSRCP candidate Balineni Srinivas failed to develop the town in his term. He said that Srinivas wasted the golden opportunity for his personal reasons and cheated on the public.

The Congress candidates were busy in campaigning for the party since morning and covered Adapa Barns, Park Road, Saraswathi Sisumandir, Post office road, VIP road, and other areas while the mandal party presidents and other cadre participated with him.