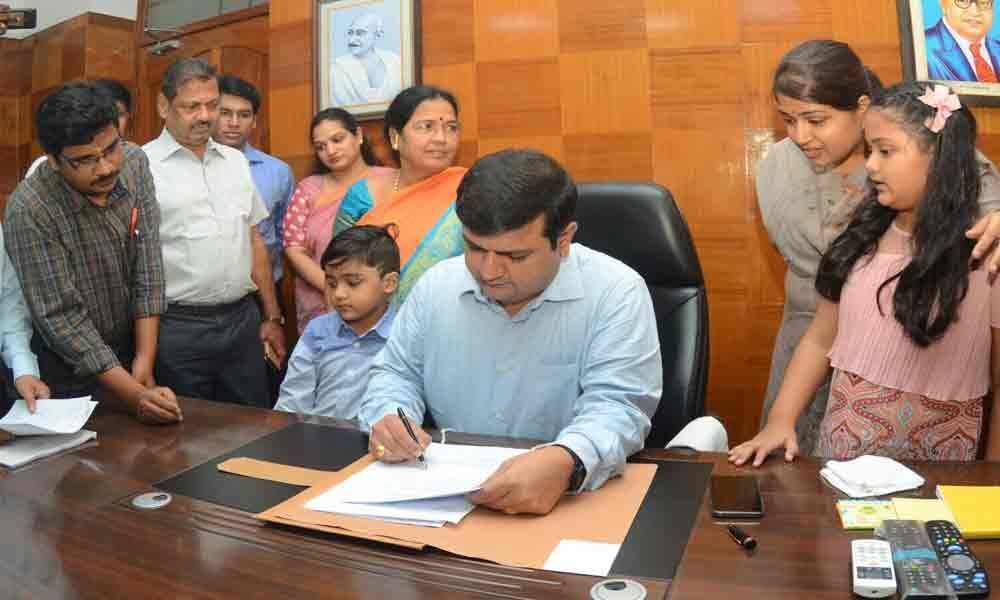 Visakhapatnam: Vadarevu Vinay Chand took charge as District Collector and Magistrate of Visakhapatnam on Sunday. The 2008 batch IAS officer succeeded Katamneni Bhaskar of 2004 batch who has been appointed as Managing Director of Sports Authority of State.

Speaking to media, Vinay Chand said that he would take all the necessary steps to develop Visakhapatnam and ensure that the welfare schemes of the State government reach the targeted beneficiaries. Apart from according top priority to health and education sectors in rural areas, the new collector said that more focus would lay on the projects that aid in developing Visakhapatnam into a Smart City.

Chand said he would soon convene a meeting with Municipal Commissioner, VUDA Vice-Chairman and Minister for Tourism, Culture and Youth Advancement to discuss and chalk out developmental plans. About the land grabbing cases, he said they would soon be examined based on the directions from the State government.

Vinay Chand exuded confidence over implementation of the Smart City projects and government schemes effectively. He said the contact numbers of officials concerned of the district administration would be put up in public domain and that people can approach them for any grievances. The new District Collector was accompanied by his family members to the Collectorate.