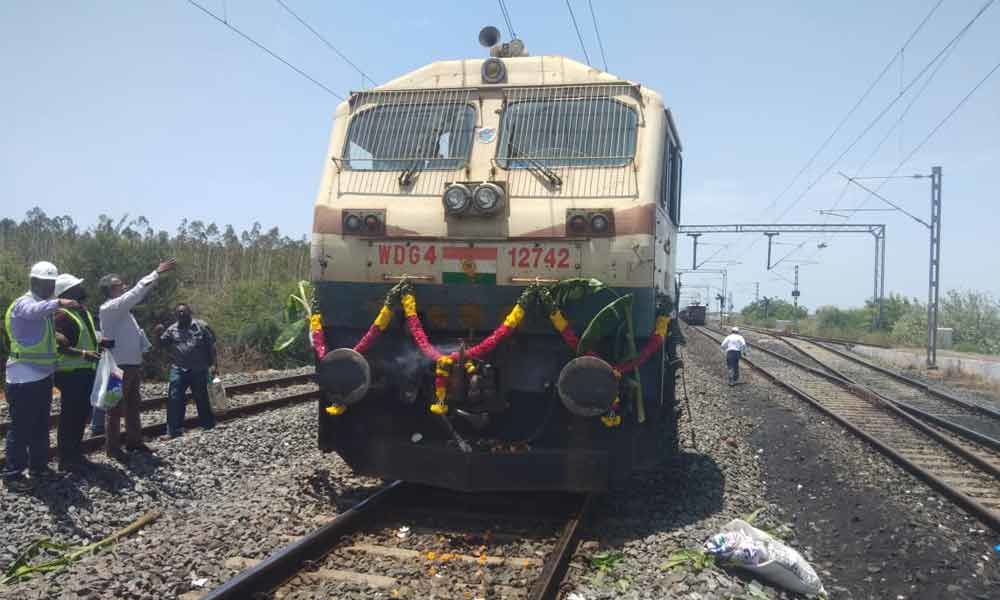 Nellore: Finally, dream project of Indian Railways, Krishnapatnam-Obulavaripalle Railway Cargo Line, for connecting upland mandals of Nellore and Kadapa districts that facili-tates transportation of goods and material become now reality with the first loaded train ran between Krishnapatnam and Bellary on Saturday. The train started at Venkatachalam at 12 noon and reached Obulavaripalle station by 2.20 pm.

The track works in the tunnel have been completed recently and the trail run was also over in the tunnel a week ago and now the officials run full-fledged train between the two destina-tions successfully. It may be recalled that Vice President of India M Venkaiah Naidu formally launched the railway line on Feb 21 and announced passenger services will be commenced from this December.

Further, Krishnapatnam-Obulavaripalli railway line set a record of South India's first longest tunnel railway line with a length of 7.56 km which is the first tunnel consists of 6.60 km and another one with 0.96 km.