Hiking pensions in a phased manner is not correct 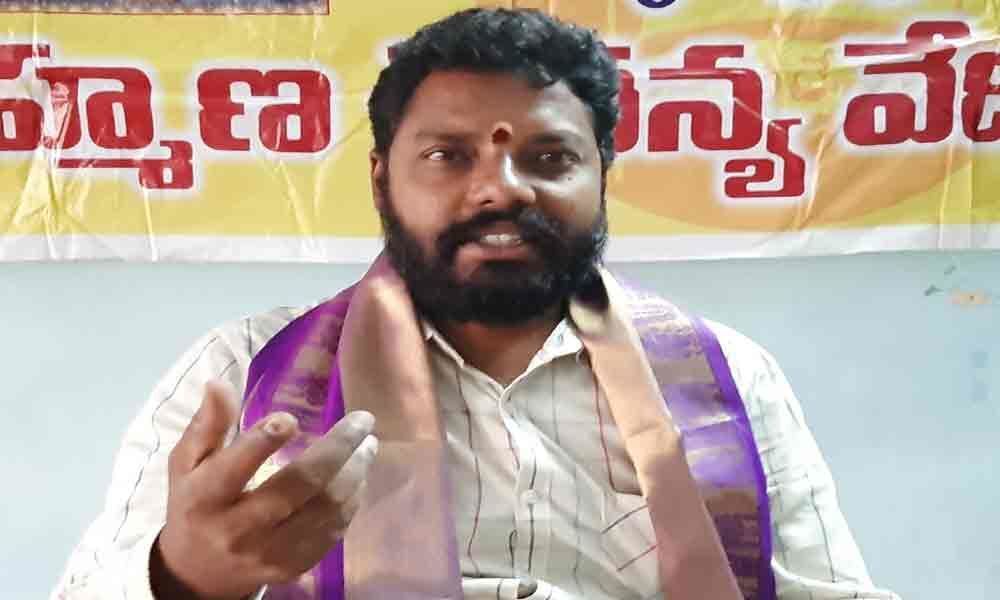 x
Hiking pensions in a phased manner is not correct
Highlights

Brahmmana Chaitnaya Vedika state co-convener Siripurapu Sridhar said it not correct for the Chief Minister YS Jaganmohan Reddy to increase the social security pensions from Rs 2,000 to Rs 3,000 in a phased manner.

He alleged the CM has cheated the pensioners. He said the poor people pinned their hopes on pension hike and were disappointed. He requested the Chief Minister to review his decision because it is related to the poor people. He further said that threatening the news and TV channels was also not correct. He said, today is black day for media in the state and felt threatening the media is not correct.