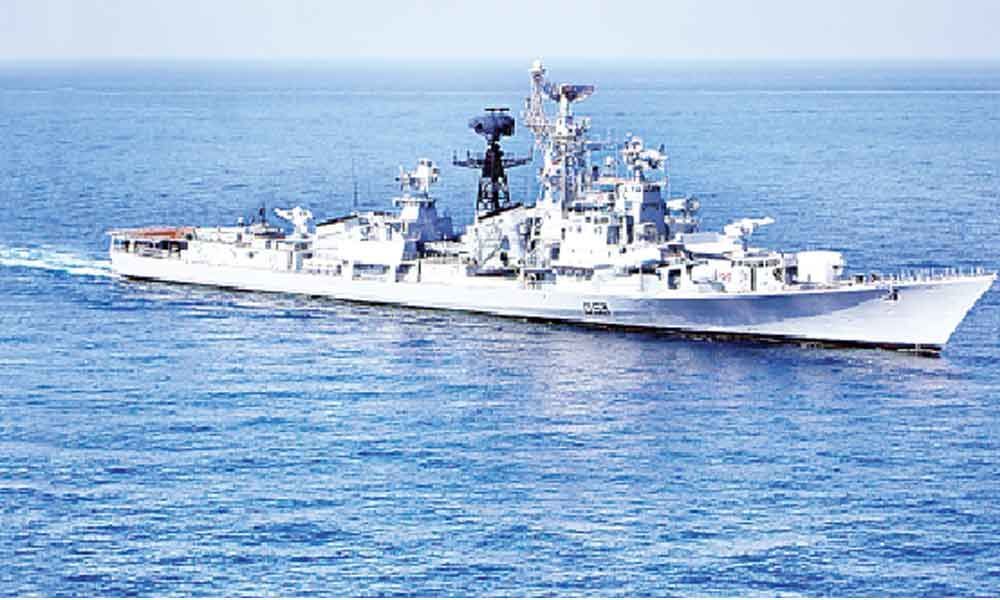 INS Ranjit, a rajput class destroyer was decommissioned at a grand ceremony held at Naval Dockyard here culminating a glorious era on Monday.

The decommissioning ceremony was attended by officers and sailors of the commissioning crew as well as others who have been part of Ranjit's voyage over the past 36 years.

The chief guest for the occasion was Admiral Devendra Kumar Joshi Lieutenant Governor, Andaman and Nicobar Islands who was also a part of the commissioning crew.

The decommissioning ceremony was graced by 16 officers and 10 sailors from the commissioning crew and 23 erstwhile commanding officers.

The ship, commissioned on September 15, 1983 by Captain Vishnu Bhagwat in erstwhile USSR, has rendered yeoman service to the nation for 36 years.

The ship, since her commissioning, has sailed for 2190 days covering a distance of over 7,43,000 nautical miles which is equivalent to navigating around the world 35 times and 3.5 times the distance from the earth to the moon, the Eastern Naval Command said in an official release.

At the sunset on Monday, the National Flag, Naval Ensign and Commissioning Pennant were lowered for one last time onboard, a glorious era in the history of the Indian Navy came to a nostalgic end.