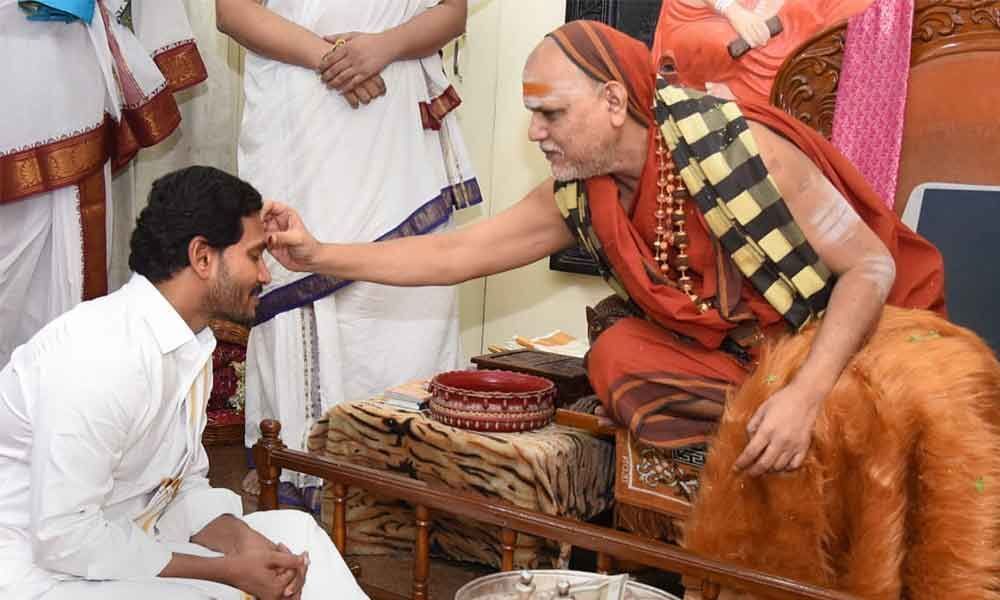 Visakhapatnam: Chief Minister Y S Jagan Mohan Reddy on Tuesday sought the blessings of Swamy Swaroopanandendra Saraswati and requested him to fix auspicious time for the expansion of his Cabinet on June 8.

Though he was two and half hours behind the schedule, a large number of his followers and party activists lined up along the route from the airport bearing the scorching heat.

Clad in traditional clothes, Jagan offered fruit, flowers and silk clothes to the Swamiji and sought his blessings. It is said that the Swamiji blessed him and also gave a kiss on his forehead.

The Chief Minister spent about an hour in the ashram and had one to one meeting with the pontiff. He later offered prayers at Shayamala Devi temple at the Peetham in Chinnamushidavada ashram.

Earlier, the priests at the ashram welcomed the Chief Minster with poornakumbham. He also offered prayers at other temples located in the ashram.