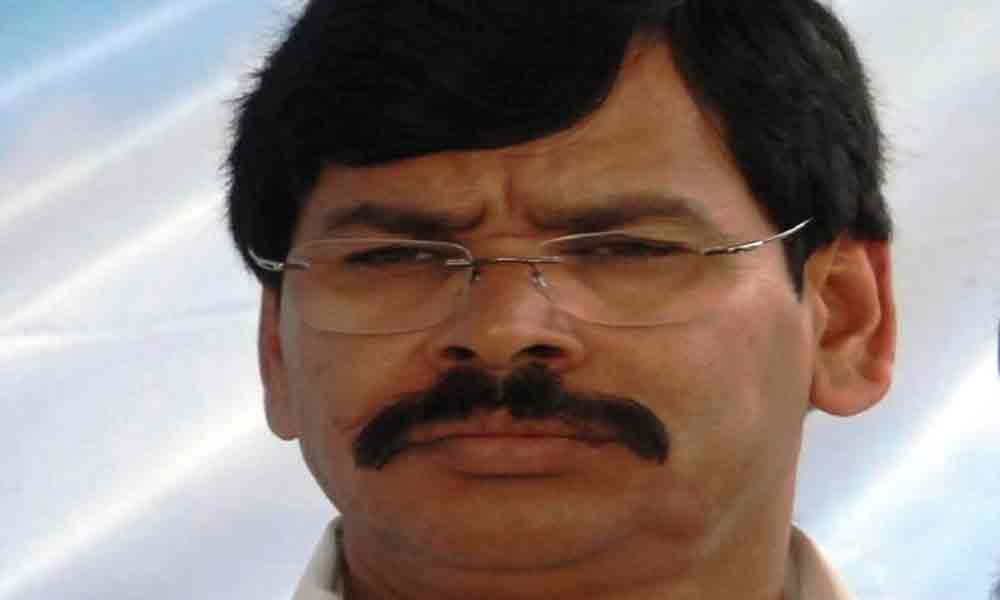 Kapu Ramachandra Reddy has been appointed Government Whip by Chief Minister Y S Jagan Mohan Reddy and a GO in this regard has already been issued, government sources said.

Rayadurgam (Anantapur): Kapu Ramachandra Reddy has been appointed Government Whip by Chief Minister Y S Jagan Mohan Reddy and a GO in this regard has already been issued, government sources said.

The post of Government Whip to Ramachandra Reddy surprised many YSRCP leaders in the district as Anantapur MLA Anantha Venkatarami Reddy, the senior most in the district has not been given any position so far, although people expected that the Chief Minister would award him a Cabinet minister post.

There are many reasons for rewarding Kapu with the Government Whip position. He was a close follower of late Y S Rajasekhara Reddy and was also Managing Director of Obulapuram Mining Company of Gali Janardhan Reddy.

Kapu was a 3-time MLA from Rayadurgam Assembly constituency. He was nominated as Congress MLA candidate for Rayadurgam in 2009 and got elected. After the demise of Rajasekhara Reddy and after the exit of Jagan Reddy from the Congress Party, he supported Jagan and was the first to resign as MLA from the Congress.

He was nominated as the YSRCP candidate for the bye-election caused by his resignation and won once again in 2011 with a huge majority. He and his wife and family members participated in the padayatra of both Y S Sharmila and Jagan and proved their loyalty to the YSR family. In 2014, he unsuccessfully contested against TDP candidate Kalava Srinivasulu.

Kapu contested from Rayadurgam once again in 2019 on behalf of YSRCP and won with a majority of 14,000 votes over TDP minister Kalava. His supporters and constituency people are celebrating the occasion of his getting Government Whip post.