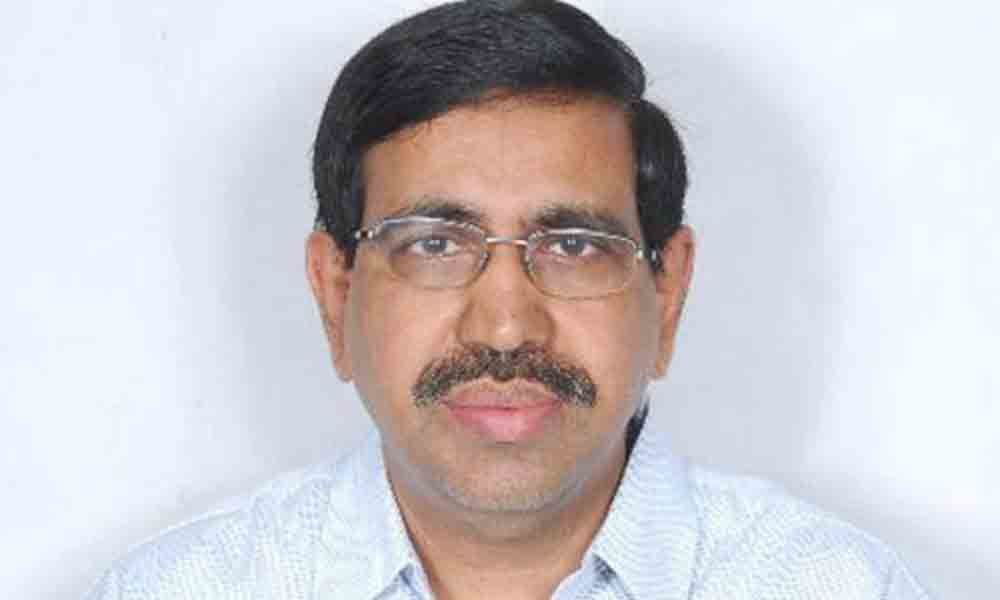 However, Narayana dismisses the reports and insists that he will continue in TDP.

His close aides suggest to him to take a wise decision in the wake of recent poll debacle faced by the TDP.

The YSR Congress leaders allege that huge land scam took place in Amaravati during the TDP regime and Narayana was also involved in it.

Nellore: Speculations are rife that former Minister for Municipal Administration P Narayana is joining the BJP and the social media is abuzz with the latest developments.

The former Minister has been quiet for some time after he had tasted bitter defeat in the recent elections and his close aides are reportedly suggesting to him to take a wise decision in the aftermath after the unexpected downfall of Telugu Desam Party in the entire State.

However, the senior TDP leader says he does not intend to shift his loyalties to any other party.

In fact, Narayana hadn't faced any direct election earlier and still the TDP chief N Chandrababu Naidu offered him MLC position and inducted him into the Cabinet. Narayana served as Municipal Administration Minister for around 5 years in Naidu's Cabinet and this is the reason why he is not taking any decision to shift loyalties to other parties, sources said. TDP supremo also believed in him and included him as an important coterie member and offered both Ministerial and party responsibilities to him which made him face wrath from the Opposition.

In the recent Assembly elections, Narayana gave a tough fight to YSRCP leader and the newly inducted Irrigation Minister Dr. P Anil Kumar Yadav in the city constituency. The TDP leader lost the election only by about 2,000 votes.

Overconfidence of the TDP which expected support from the people benefited by the welfare schemes, Pasupu Kumkuma, support to farmers, various crucial projects in the city like Necklace Road, UGD project, CC roads, renovation of parks, beautification to popular Barashaheed Dargah and many others made the TDP leaders a bit reluctant in observing voters' trend which finally resulted in a disastrous situation with the party getting no single seat in the elections.

This surprising result made the TDP leaders dumbfounded and they refused to comment on the trend where the party failed to attract the common people. Now, the party is like a sinking boat where some second rung leaders have reportedly been in touch with the YSR Congress preparing for the local bodies.

Former Minister Narayana is having a good reputation as a loyal worker of the TDP. He was actively involved in land pooling and construction of Amaravati, and other important projects of the then government.

So, now, the YSR Congress which has been focusing on possible irregularities in the previous projects of the TDP government, is automatically eying on role of Narayana along with party chief Chandrababu Naidu.

"We suggested to him to shift loyalties to the national party, BJP, as they are inviting us for restructuring the party in the district and also to play a vital role in the State politics. There is no motivation for him to continue in politics as he could not secure victory in the recent elections. But he is not considering our proposal. Still, we are trying our level best," said a close aide of Narayana.

"In fact, there has been a huge lobby which was involved in land scam in Thulluru, Donakonda and other areas which resulted in huge loss to the State exchequer and benefitted realtors of the TDP.

The YSR Congress government is seriously viewing these issues where poor farmers have been exploited cold-heartedly. So, there is no option to the former Minister either to face action or to shift to the national party for getting bailed out from the situation," said a senior leader from the YSR Congress. Further, local BJP leaders are not willing to comment on the issue.

The YSR Congress leaders have also been targeting Narayana for many years exposing incidents of suicides that were reported in his educational institutions.