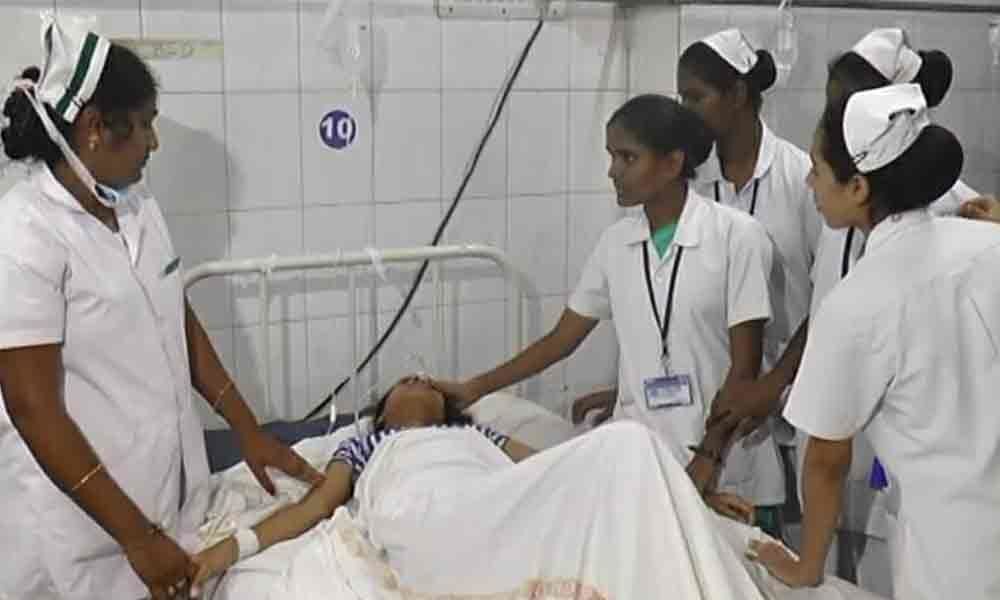 A nursing student Shouzia of SVRR Hospital School of Nursing in Tirupati has attempted suicide on Tuesday.

Tirupati: A nursing student Shouzia of SVRR Hospital School of Nursing in Tirupati has attempted suicide on Tuesday. She is studying second year GNM (General Nursing and Midwifery) and has been residing in college hostel.

According to Alipiri police, Shouzia (19) from Damalacheruvu has tried to end her life by taking sleeping pills. The other inmates have rushed her to Ruia Hospital for treatment. Shouzia told the media that she could not bear the harassment by the hostel management and wanted to commit suicide.

They were not allowing the nursing students to avail their 30-day leave in a year and allotting duties forcibly, she alleged and accused of hostel management even abusing the inmates who could not even met their parents. With this, she was very much depressed. Alipiri police were