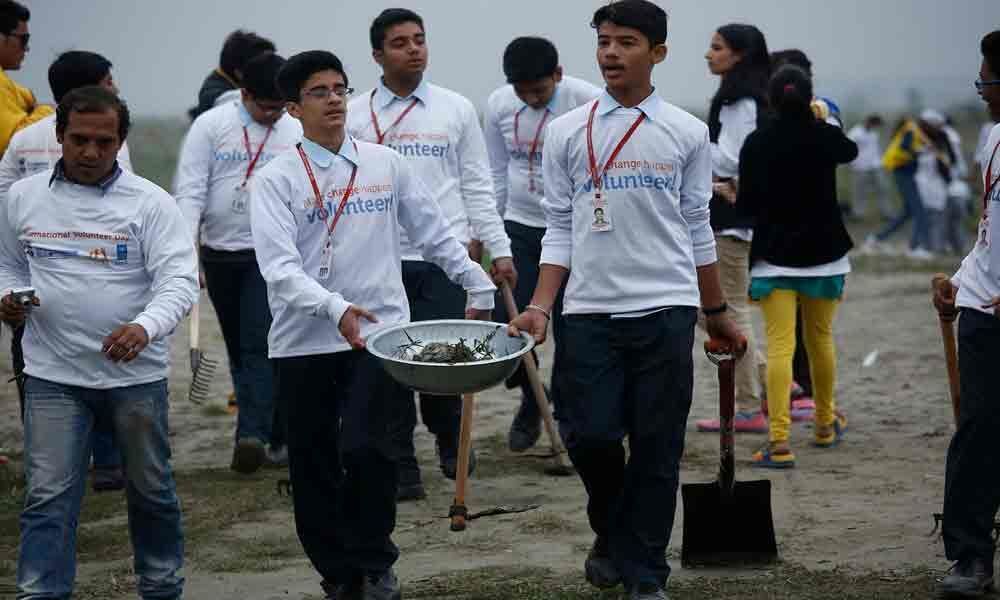 Anantapur: Dubbed as 'Project Ripple' the Nehru Yuva Kendra (NYK) is engaged in training master trainers of youth in capacity building, skill and personality development. The master trainers in turn would train more trainers and create an endless network of youth networks. Under the 'Project Ripple' about 30 youth were initially gathered and trained in 2018-19 year in a bid to create confidence and improve their self-esteem.

Utmost care was taken in selecting the volunteers having moderate skills and dedication. Each volunteer in turn was supposed to train 10 youth and build a network of youth, who can train others on various aspects of leadership, confidence building, time management and many more. The master trainer would monitor the training programme.

The goal was to make trainees confident in English language and other skills. UN volunteer Siva Kumar told The Hans India that there was no formal module or curriculum that was used in the training, but it was done through various exercises.

The youth were motivated to realise their potential in terms of confidence, language skills and their ability to analyse and subsequently the youth started trusting their skills. Initially there were certain bottle necks faced by the trainers but subsequently two high schools opened their premises for the training programme.

The youth group succeeded in training about 391 youth from among their own community. Rafi, speaking to The Hans India said that he had totally changed after the training programme. He had become bold now as never before. "I, in turn, had taught 80 other local youth, I am now aspiring to become a teacher and also inspire more youth," he adds.

Joshna, an Intermediate girl student, said, before being trained by NYK, "I did not have confidence in myself but now I am able to communicate better and speak English hassle-free. The NYK is engaged in several training programmes aimed at empowering the youth," she stated.