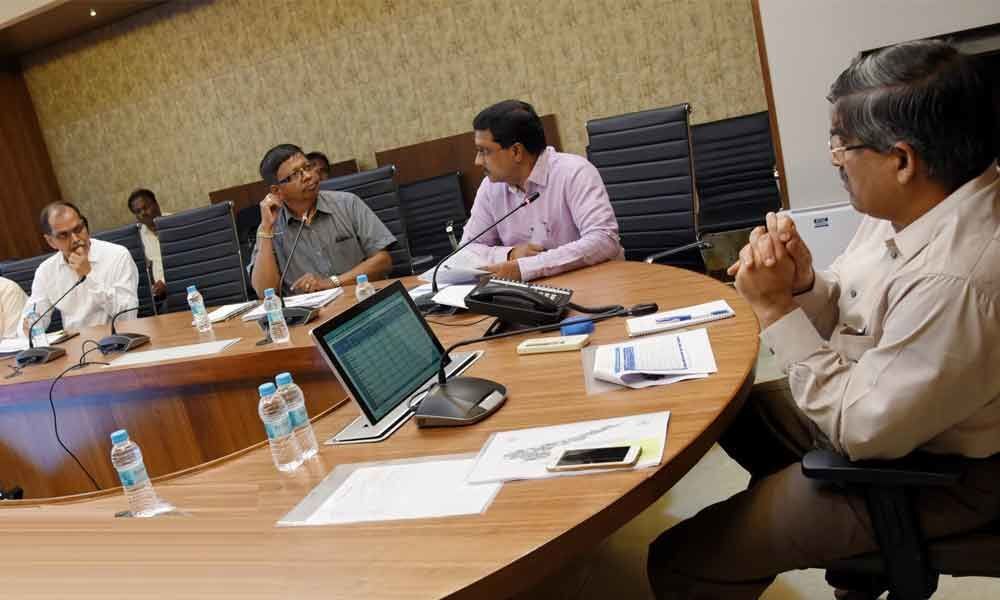 Amaravati: Chief Secretary L V Subramanyam reviewed contingency plans to be implemented during kharif season with the officials here on Monday and directed them to make available seeds and fertilisers to farmers.

He suggested that the contingency plan must be prepared to be implemented from July 15, in case normal rainfall is not recorded in the ensuing kharif season.

The officials informed that the district-level contingency plans have been prepared by now and if there will be any emergency, then the district machinery could implement them.

Reviewing on the availability of various types of seeds, the Chief Secretary asked the officials to prepare seed-specific information.

He directed the officials to supply the seeds to the mandal-level seed outlet points, from where they could be distributed to the farmers easily.

He said that he will direct the Rural Development department officials to ensure majority of the works undertaken in the NREGS must be from agriculture sector.

"Through the NREGS, we can improve the agriculture infrastructure," he observed.

The Chief Secretary suggested to Agriculture Department officials to create awareness among the farmers on innovative methods in farming and latest technology in the agriculture, through various modes of communication like pamphlets, broachers, radio programmes and others.

Meanwhile, B Rajasekhar, Special Chief Secretary, Agriculture department, explained the contingency plan through Power Point presentation and stated that they have prepared plan of action for crop cultivation on 1.4 lakh hectares.

He pointed out that 24,222 quintals of seed is available.