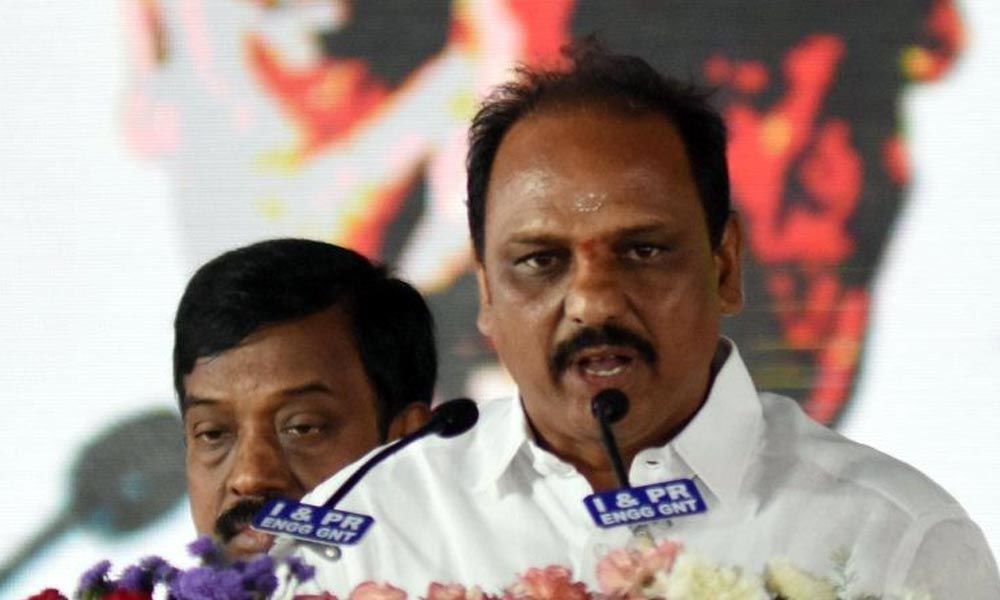 Penukonda (Anantapur): BC Welfare Minister Malagundla Sankara Narayana on Wednesday stated the students should work hard to achieve set goals in their ...

Penukonda (Anantapur): BC Welfare Minister Malagundla Sankara Narayana on Wednesday stated the students should work hard to achieve set goals in their life.

Participating in the inauguration of Mandal Science Fair at Government High School here, Narayana said that students should set goals for themselves and the higher the goals, the harder, one should work to realise them.

The minister said that every student should inculcate scientific approach and scientific bent of mind and embark on research themselves, which is key to success and applicability of science in everyday life.

He asked the teachers to mould the students into scientists and achieve success in life and contribute to universal well-being. He said one can fight poverty through education and added the students should live up to the aspirations of their parents and teachers.

The teachers should view education and teaching as their moral and social responsibility, he pointed out.

The teachers should bring out the scientist in the students and for this to become a reality, changes should be made in the education system itself, he stated. In a competitive world, the minister said the students with a poor economic background should learn English language and stand tall in life.