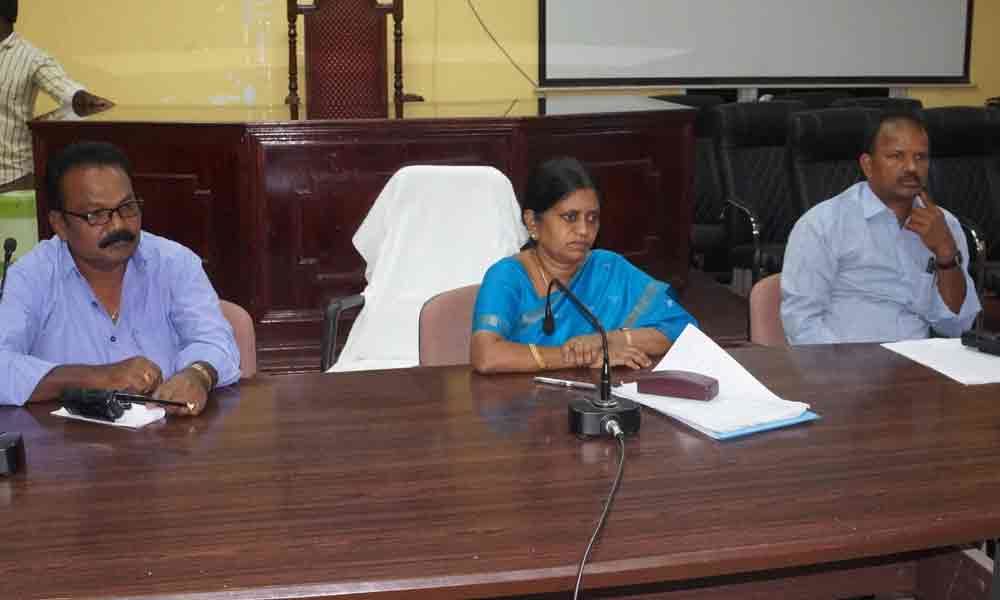 GMC Public Health Officer Sobha Rani urged the people not to use carry bags having less than fifty microns thickness.

Guntur: GMC Public Health Officer Sobha Rani urged the people not to use carry bags having less than fifty microns thickness. She conducted a meeting with the plastic carry bag manufacturers in the GMC Council Hall on Saturday.

She warned that if the GMC will seize the less than fifty microns thickness carry bags, it will impose a penalty of Rs 5,000 and file a case. She suggested people to use cloth bags and paper bags instead of plastic carry bags to save the environment. GMC environment engineer Ravindra Naik, official Anand Kumar were among those present.