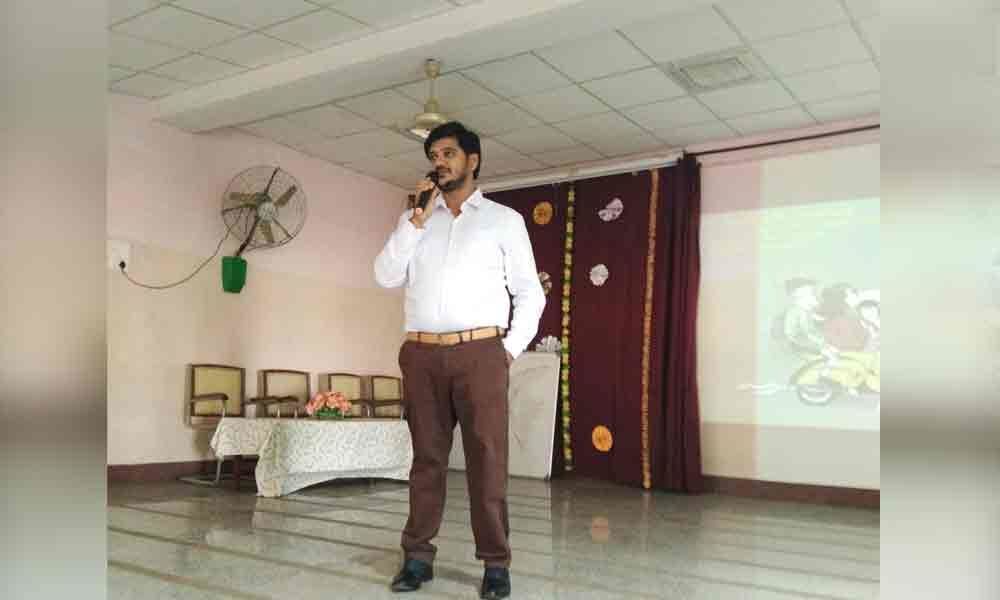 The World Population Day was observed by the department of Economics, Maris Stella College on the college premises on Thursday.

Vijayawada: The World Population Day was observed by the department of Economics, Maris Stella College on the college premises on Thursday. Dr N Srinivas, statistician APCRDA, Amaravati attended as the chief guest of the programme. Speaking on the occasion, he told the students that the aim of observing this day was to bring awareness on the issue of global population and importance of reproductive health.

He stressed that too much population will be a burden to the government. He said that for the first time demographer from World Bank Prof Zachariah introduced the concept of population studies and various issues related to it. He said that India occupies second place in world population and it may overtake China in the years to come.

The chief guest N Srinivas distributed prizes to the winners of essay-writing and poster-making competitions. Students performed skit on the effects of population on the occasion. B Koteswara Rao, Swapna, Dr Swaroop Kumar, Sobha, Kalima, Deepthi Chaitanya, Vani and students of BA were present.