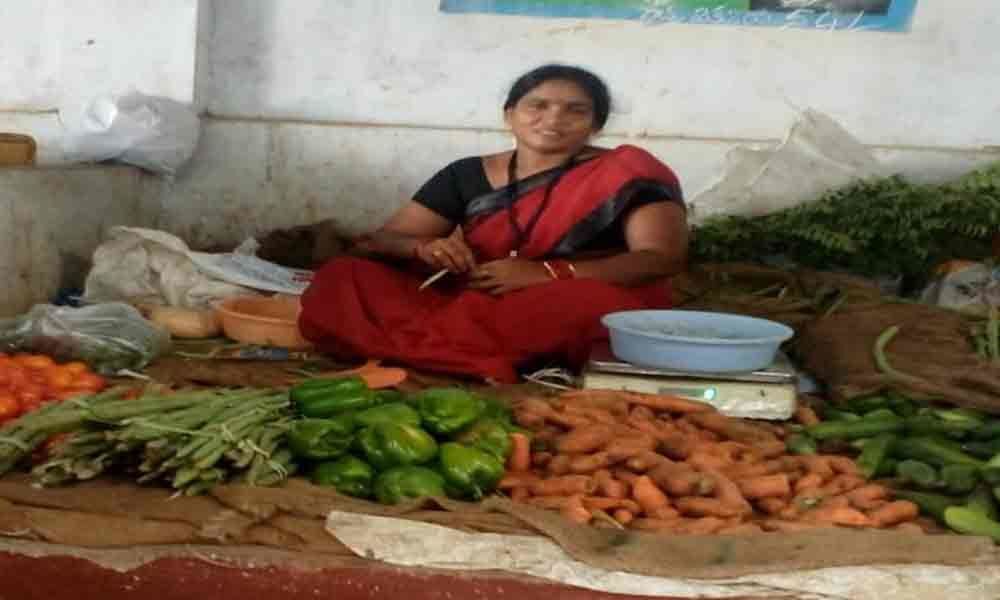 he prices of vegetables are skyrocketing as the production has declined due to high temperatures in north Andhra districts.

Vizianagaram: The prices of vegetables are skyrocketing as the production has declined due to high temperatures in north Andhra districts. Tomatoes become dearer and now, the price touched Rs 60 a kg in open market and in Rythu Bazaar it is available at Rs 40 a kg. Even brinjals, beans, carrot, beetroot are also being sold at high prices further pinching middle-class.

Lady fingers are now being sold at Rs 40 a kg and ribbed guard at Rs 45 a kg in open market. Except in Rythu Bazaars, all vegetables are being sold at higher prices in all other markets. Even the price of bitter guard is also touched Rs 40 a kg. As a result, the lower middle-class people are not dared to buy tomatoes. Nowadays even tank fish is available at Rs 120 per kg and street vendors are selling some unbranded fish for Rs 40 and Rs 50 a kg. Capsicum is reached to Rs 80 a kg in open market and the same is available at Rs 60 in Rythu Bazaar.

Ch Satish, estate officer of S Kota Rythu Bazaar told that due to the drastic fall in production of tomatoes at Madanapalle in Chittoor district and in Karnataka state, they are getting less stocks and this has made the price to touch roof.

"Now, our farmers will plant saplings of vegetables in kharif and within two months we can see the production in the district and the prices will come down soon. Until that, we have to buy them at high price," he said. Less production of vegetables during summer season is also one of the reasons for rising price, he said.

K Lakshmi, a farmer-cum-retail vendor said, "Actually I buy tomatoes and other vegetables in wholesale market and sell in retail in streets. But due to high rates, I can't purchase them and resell them. If two or three kilos in the basket become rotten or damaged, I have to lose total income and investment too. So, I don't want to take risk," she explained.