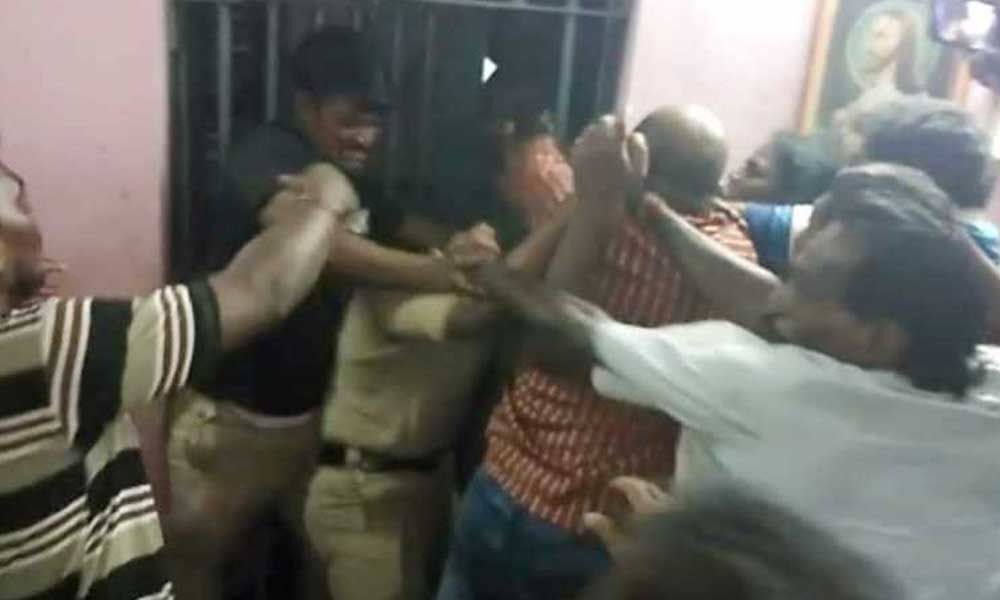 Nellore: A MGNREGS employee lodged complaint with Rapur police on Friday against Venkatagiri legislator Kurugondla Ramakrishna for scolding him using filthy language. A case has been registered under Cr NO 64/2019 U/s 188, 171-C, and 506 IPC at Rapur police sta-tion.

The incident occurred on Thursday morning hours at Rapur where the legislator Ramakrishna used his mobile (7993316494) and scolded the employee over phone. The legislator abused the emplo yee using filthy language to bring Postal Ballet and also postal ballet papers of oth-er staff who have been engaged in the election duty.

As per the report, MLA threatened the employee with dire consequences if he fails to hand over the postal ballets to him saying he would see the end. Actually, the issue has been placed before the Returning Officer of Ven-katagiri Constituency who forwarded it to the SHO of Rapur Police Station for necessary ac-tion.