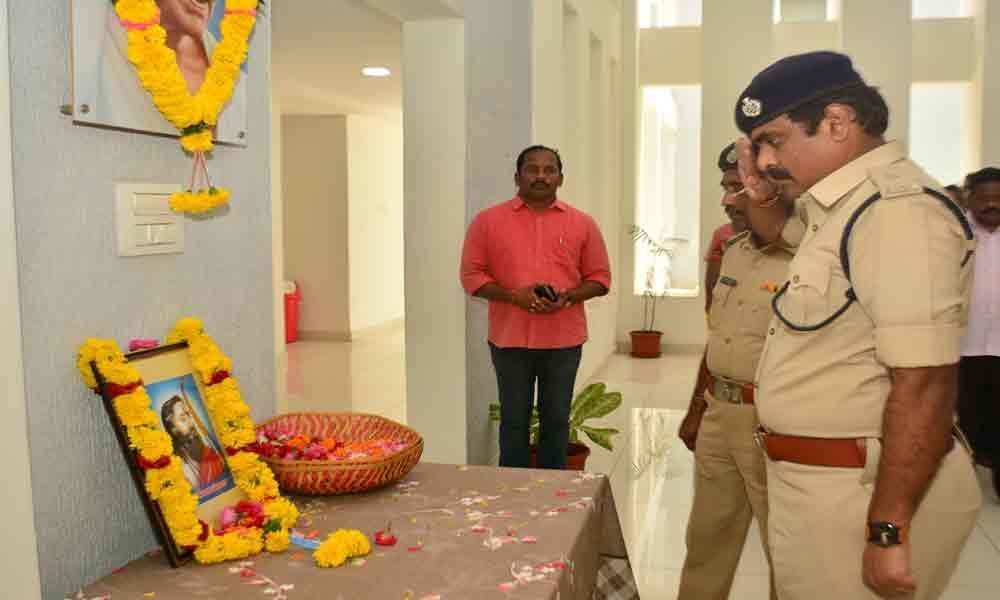 He said Alluri fought for the rights of tribal population in East Godavari and Visakha Agency Areas. The ASP said that the revolutionary freedom fighter lost his life on May 7 in the year 1924 at Koyyuru in Visakha district while fighting against the British. Alluri sacrificed his life for the sake of the country and in protecting the interests of tribal population the ASP said. Police officials from various wings were present.