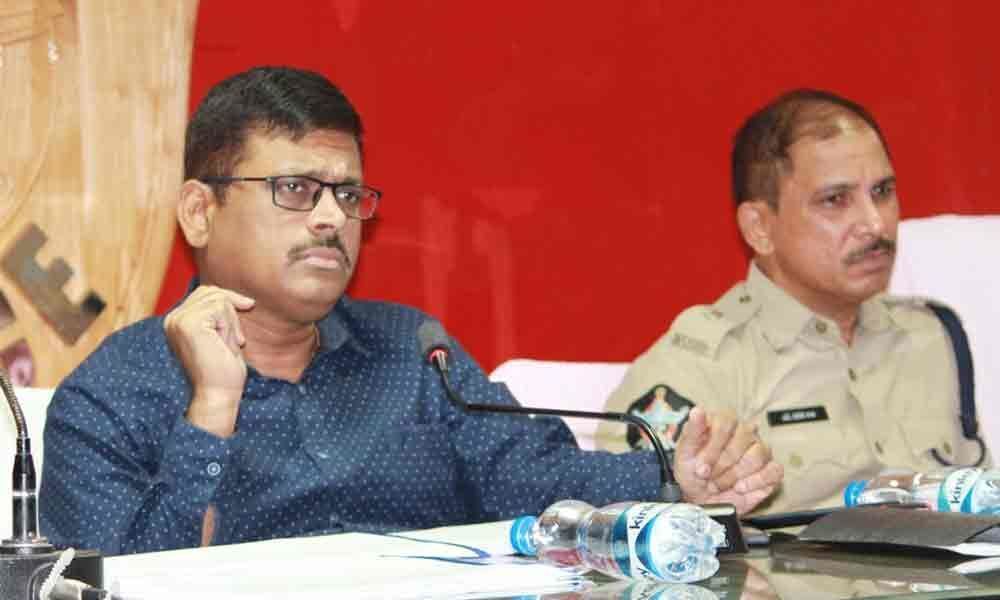 Guntur: Guntur rural SP S V Rajasekhara Babu directed the police officials to investigate the case booked in connection with the elections. He conducted a review meeting with the officials in Guntur city on Saturday. The DPO said that 165 cases of political violence, 148 excise cases, and 240 MCC cases were booked in the district.

He said most of the cases were charge sheeted. He instructed the officials to arrest the accused immediately, if charge-sheet was not filed, file it immediately and asked to step up vigil on the movements of cricket bookies and anti-social elements. He directed to take steps to check untoward incidents. Additional SP (Administration) Varadara Raju, Tenali DSP Sneha were among those present.