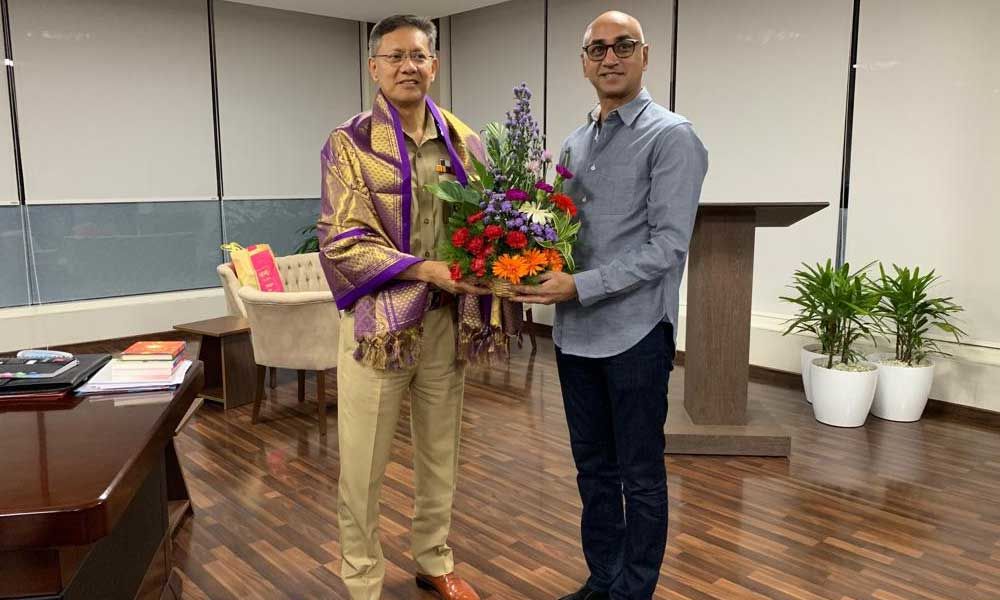 He given a flower bookey to Gautam Sawang and felicitated him. Earlier,he met Guntur rural and urban SPs. in Guntur city.