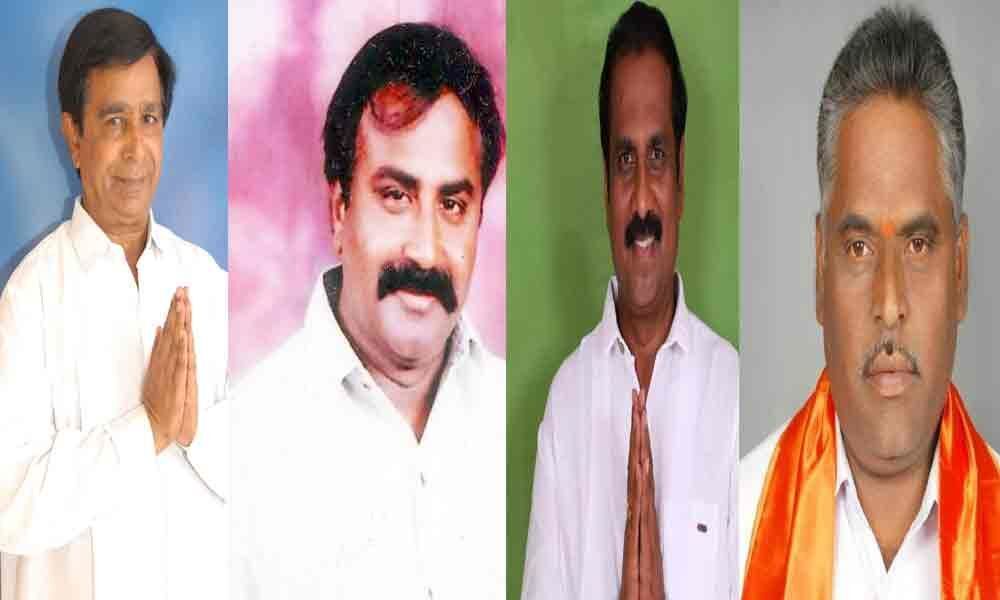 With poll results away for more than a month from now, the major contenders for power at State-level, the TDP and YSRCP leaders exude confidence of winning majority seats not only in the district, but also at state level to form the next government.

Kakinada: With poll results away for more than a month from now, the major contenders for power at State-level, the TDP and YSRCP leaders exude confidence of winning majority seats not only in the district, but also at state level to form the next government. CPI, the allay of Left, BSP and Jana Sena combine, predicts four to five seats in East Godavari district.

However, the BJP leaders at district level are of the opinion that though they are in the race not as winner can influence the winning chances of major contenders. TDP East Godavari unit president and former ZP chairperson Namana Rambabu is of the opinion that the party would win 13 to 14 Assembly seats out of 19 in the district and all the 3 Lok Sabha seats. "We will come back to power with 100+seats," he said.

Former minister in combined AP and five term winner from erstwhile Tallarevu Assembly segment in East Godavari, Chickkala Ramachandra Rao is of the opinion that apart from beneficiaries of various welfare schemes, women voters voted for TDP en masse. "I have seen this trend even in Visakha district where I have participated in election campaign," he said. "We will win majority seats in East Godavari and will return to power by winning more than 100 seats at State-level."

Godavari Urban Development Authority (GUDA) Chairman and senior TDP leader Ganni Krishna who has been associated with TDP since its inception in 1982, predicted that the TDP will be back to power by winning 100 to 115 seats. In East Godavari we will win 12 plus Assembly seats besides the three parliamentary seats, he said.

However, the YSRCP has a different story to tell. The party senior leader, who is one of the contestants to Assembly in the distinct and does not want to be quoted, observed that the party would wrest all the 19 Assembly segments in the district hands down. "We will win all the three Lok Sabha seats comfortably," he predicted.

Kakinada YSRCP Lok Sabha in-charge and former MLA Kurasala Kannababu and one of the key leaders in the party, felt that the anti-incumbency in the state in general and in East Godavari is so high that the ruling TD will be trashed in the district.