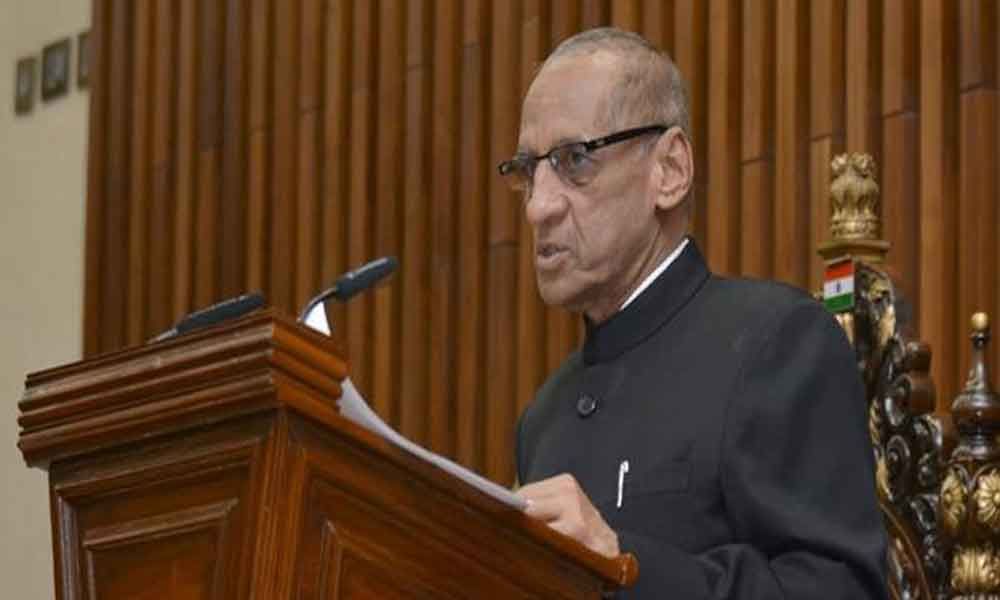 The TDP has expressed dissatisfaction over the speech by the two Telugu states Governor ESL Narasimhan while addressing the house in Amaravati on Friday.

Amaravati: The TDP has expressed dissatisfaction over the speech by the two Telugu states Governor ESL Narasimhan while addressing the house in Amaravati on Friday.

The TDP MLA and deputy floor leader Acham Naidu and Payyavula Keshav said there is nothing great in Governor's speech. They said there is no mention of the state development in the speech.

They said it was really painful for not mentioning the Navya Andhra capital city Amaravati's name at least for once in the speech.

In the speech, Governor raised issues related to only four castes and ignored 139 other castes. The TDP MLA's said there is no mention of key issues in the speech.

Apart from Navaratnalu scheme all other welfare and development issues were ignored. The TDP Uravakonda MLA Payyavula Keshav said for the development not only Navaratnalu is needed but there are many other things that to be considered.

He expressed anger that the YSRCP government have no concerns over Amaravati capital city. Payyavula said in the Governor's speech there is no topic on interlinking of rivers and on irrigation projects.

Another TDP MLA Gorantla Butchaiah Chowdary said there is no clarity in the speech that what the government is going to do for the unemployed youth in the state. He alleged that the YSRCP activists are going to get the appointments as Grama volunteer.

Finally, the TDP MLA's have concluded that overall the Governor's speech was very disappointing.