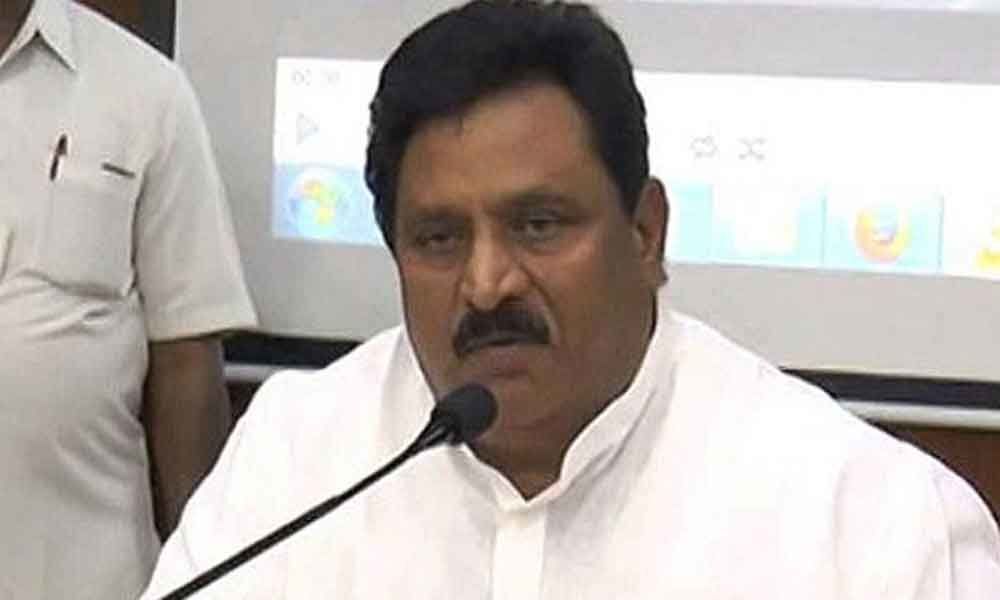 AP Home Minister and deputy CM Nimmakayala Chinarajappa said though whatever others may calculate, but it's for sure that the TDP government will once again come into power in the state.

Kakinada: AP Home Minister and deputy CM Nimmakayala Chinarajappa said though whatever others may calculate, but it's for sure that the TDP government will once again come into power in the state.

Speaking to media at the TDP district office at Kakinada he said that never like before this the people are suffering in the state even after the elections. In the gap of 45 days after the polling, it's not right to stop the government from conducting review meetings with officials.

On the occasion, Chinarajappa questioned have you forgot that Chandrababu Naidu government is elected by the people? What Chief Secretary has to do with the ruling? How it is possible to say not to conduct review meetings on the relief measures?

On one side the cyclone effect is on the state, in order to safeguard the crops of the farmers what precautionary measures have been taken up? Chinarajappa questioned.

He also questioned the cheques related to the CM relief fund are getting bounced, will CS take responsibility for it? By making officials as key the central government is taking revenge on the state, Nimmakayala Chinarajappa said