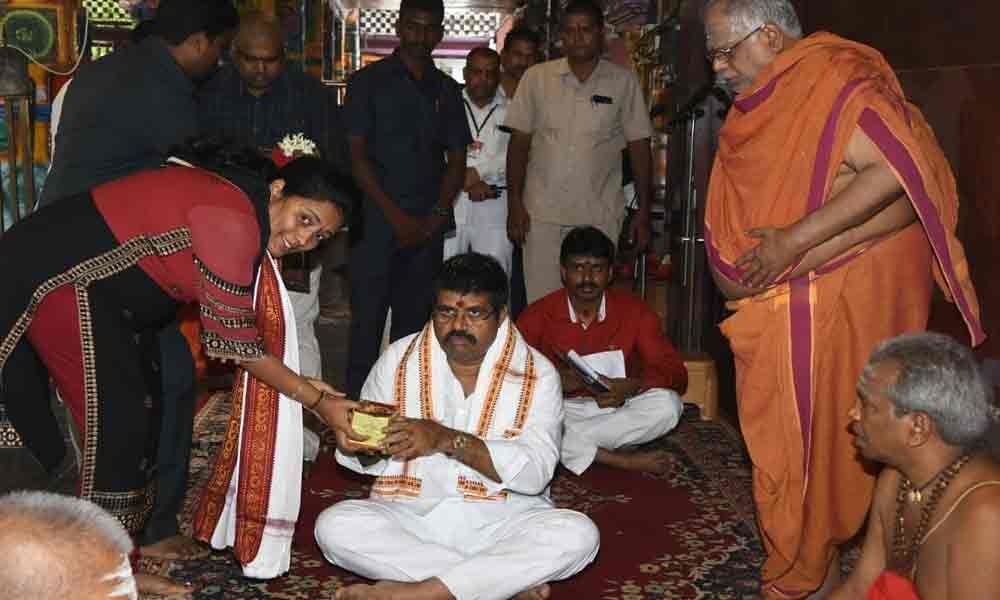 The temple chief priest and other vedic scholars offered pujas and blessed the minister on the occasion. The EO later offered goddess prasadam and presented a portrait of Goddess Durga to the minister.