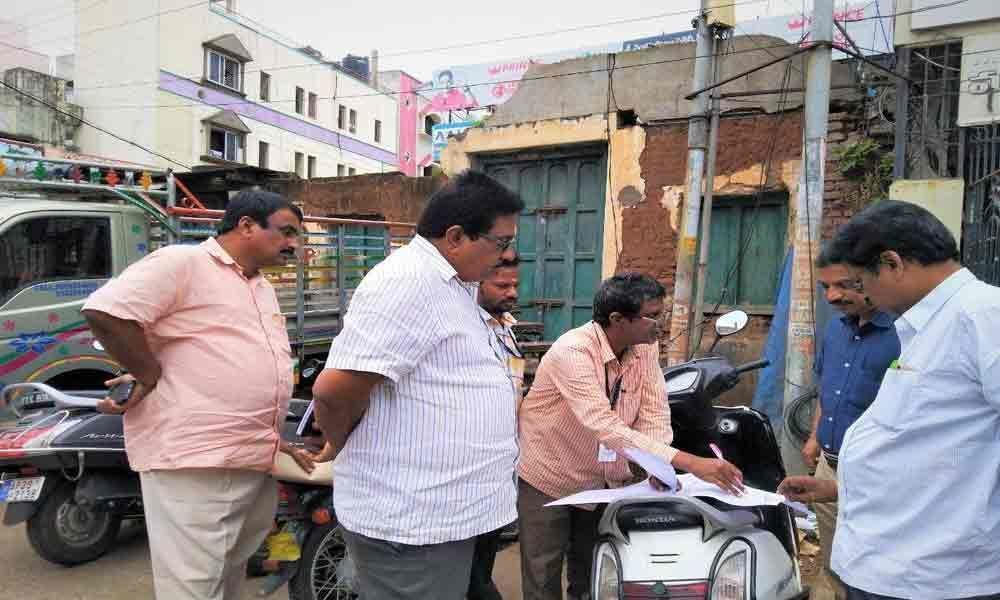 Rajamahendravaram: The Rajamahendravaram Municipal Corporation (RMC) has completing the modernisation works of Sri Veereshalingam Town Hall on a war footing basis under the supervision of corporation Commissioner Sumit Kumar who is supervising the works from time to time.

The corporation superintending engineer, Om Prakash inspected the progress of works of the Town Hall along with officials here on Tuesday and said the works would be completed by the end of August.

A gallery is also coming up to exhibit the things such as chairs, spectacles, chappals etc used by Kandukuri Veereshalingam Panthulu. Moreover, the auditorium also renovated and flooring work also completed.

The works are under progress not damaging its original structure which was constructed at about 150 years ago. Along with Kandukuri Veereshalingam's house, his grave at Ananda Gardens and town hall would also be developed into a tourist sport, he added. He said that lime cement and small tiles, etc, would be used in the modernization works.