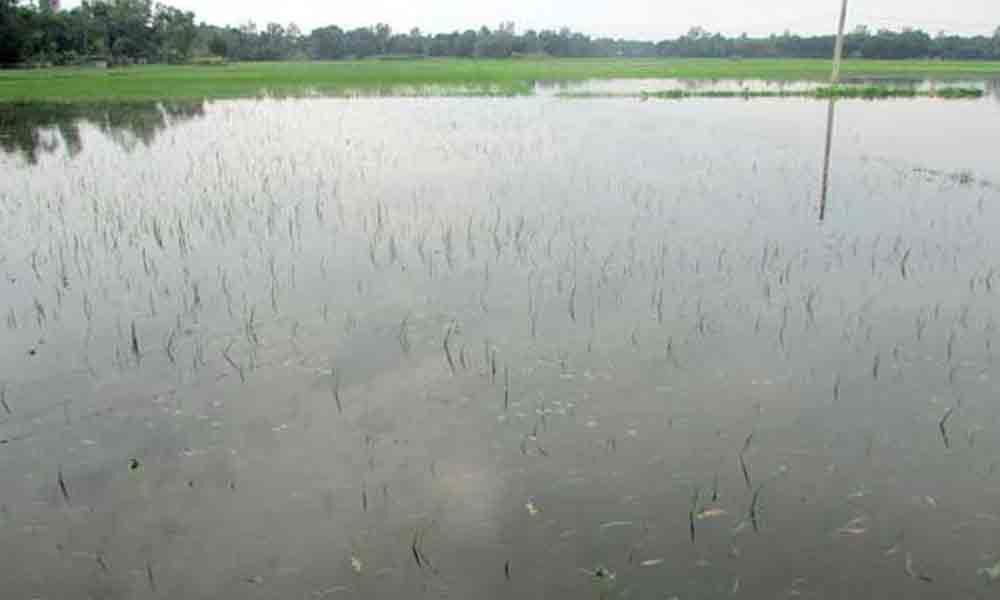 Guntur: Following heavy discharges from the Pulichintala Project, low-lying areas in Pulichntala, Regulagadda, Govindapuram and Kollur villages in Bellamkonda and Machavaram mandals were sub-merged. Residents of these villages were shifted to rehabilitation colonies.

At present 19-tmc feet level water is available in the reservoir. Meanwhile revenue officials warned that residents of island villages in Kollipara,Kolluru mandals of Tenali revenue division to go to safer places. In case of need, the officials decided to shift the people to safer places.