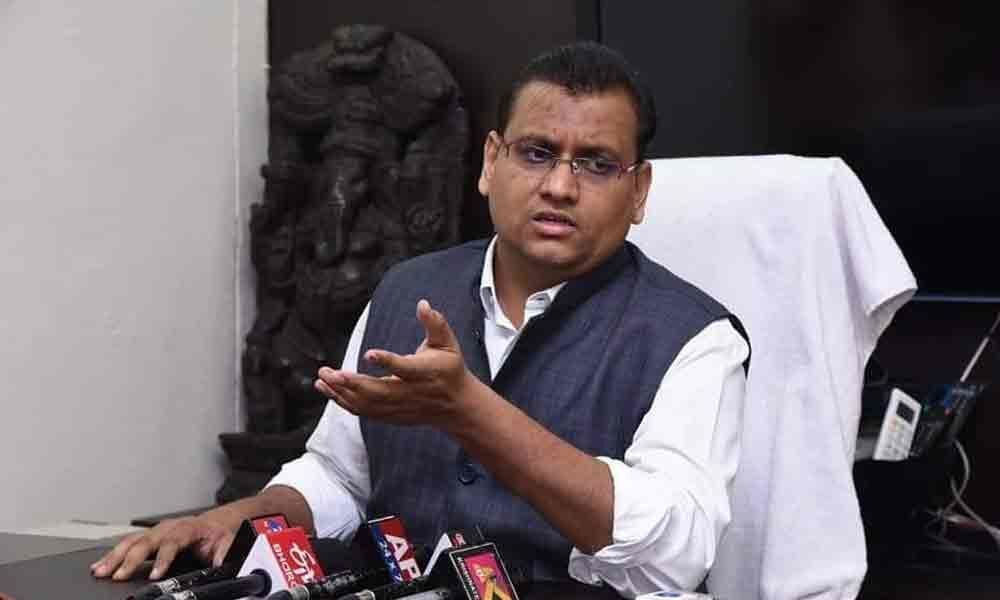 District Election Officer and Collector PS Pradyumna congratulated the voters for their spirit in coming to polling stations to vote during the repolling held on Sunday at seven booths in Chandragiri Assembly constituency.

Tirupati: District Election Officer and Collector PS Pradyumna congratulated the voters for their spirit in coming to polling stations to vote during the repolling held on Sunday at seven booths in Chandragiri Assembly constituency. He said that the polling was held by following the guidelines of Election Commission of India completely.

Addressing the media after the completion of polling, he said that there was only one percent variation in the polling percentages recorded on Sunday and on April 11. Though repolling was ordered suddenly at two booths with less than 24 hours time, polling percentage was almost same in the two occasions as the voters exhibited same spirit again.

He pointed out that the main allegation for demanding repoll was that SC and ST voters were not allowed to cast their vote on April 11. But, before repolling, they have given enough confidence to them, provided fool proof security and motivated to them to go to polling booths. At the end, significantly on both the occasions, there was not much difference in the polling percentages, he pointed out and congratulated the voters for their spirit.

Pradyumna has said that the repolling pattern was supervised live from CEO office and was also monitored by him along with Returning Officer Dr R Mahesh Kumar. Senior IAS and IPS officers were present during the time of polling at the booths and the entire process was peaceful. He thanked all the political parties, candidates, polling staff, police personnel and others for their cooperation in conducting the polling in a free and fair manner.