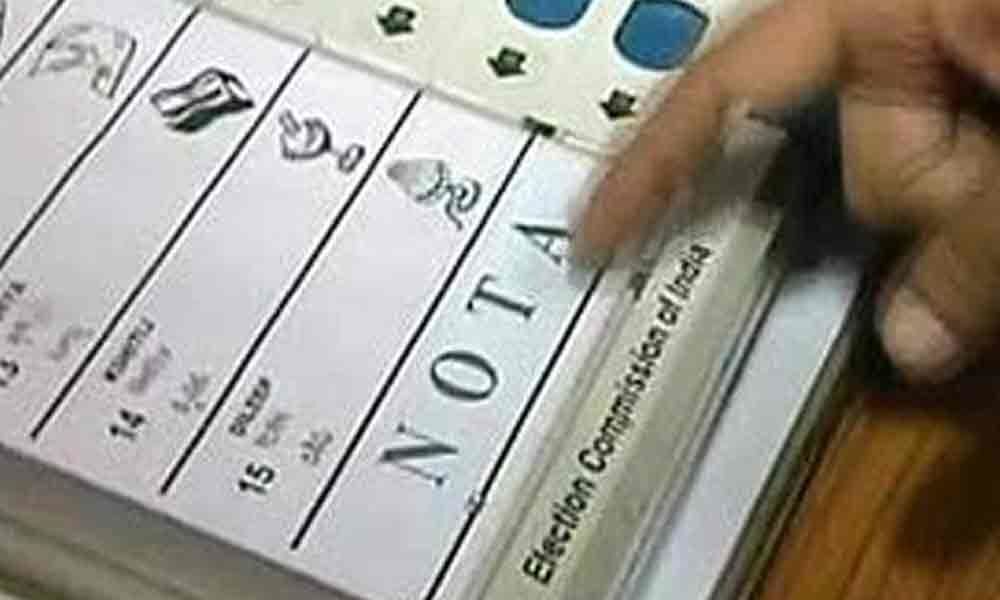 This election saw the voters drubbed the candidates of national parties most of whom got less than NOTA (None of the above) votes in Chittoor and Tirupati Parliament constituencies both reserved for Scheduled Castes.

Tirupati: This election saw the voters drubbed the candidates of national parties most of whom got less than NOTA (None of the above) votes in Chittoor and Tirupati Parliament constituencies both reserved for Scheduled Castes.

In other words, all the candidates of the three national parties got votes less than NOTA votes indicating that the voters in the constituency not at all took these parties into account with the two regional parties YSRCP and TDP playing a dominant role in the election.

Interestingly, Jana Sena Party (JSP) founder president Pawan Kalyan along with BSP supremo Mayavathi addressed a public meeting held in the pilgrim city in support of JSP and BSP candidates, who contested for Assembly and Parliament seats in Chittoor district, but it failed to help the candidates get more votes. Congress party too held a public meeting just before the election process started, in which party national president along with a host of senior leaders including PCC president N Raghuveera Reddy and others spoke.

Party nominee Mohan, who is a seasoned leader won the MP seat six times but faced a crushing defeat in 2014 and again this time in 2019 election also. It may be noted here that YSRCP candidate Balli Durga Prasad, who secured 7,22,877 votes won Tirupati Parliament seat defeating TDP Panabaka Lakshmi, who polled 4,94,501 votes. Lakshmi, former union minister, belonging to Congress left the party to contest as TDP candidate just before the filing of the nomination started but was not successful in her effort to become MP.

The same is the case with Chittoor Parliament seat where also the BJP and BSP candidates secured votes less than NOTA. As many as 20,556 NOTA votes were polled in Chittoor Parliament constituency. BJP Duggani Jayaram got 10,496 (0.8 per cent) votes while BSP C Punyamurthy 20,062 votes (1.52 per cent) in the total votes polled. However, Congress candidate C Rangappa is luck to get 24,039 votes (1.83 per cent) which is more than NOTA votes.

Here too YSRCP nominee, who won the election polled 6,86,792 votes (52.05 per cent) against TDP Dr N Siva Prasad who got 5,49,521 (41.65 per cent). Siva Prasad who was known for attending Parliament in different avatars and staging novel protests, outside the House against BJP and Prime Minister Narendra Modi on the special category status elected twice from the seat but this time he has to concede defeat bowing the strong Jagan wave that swept away the TDP from power.