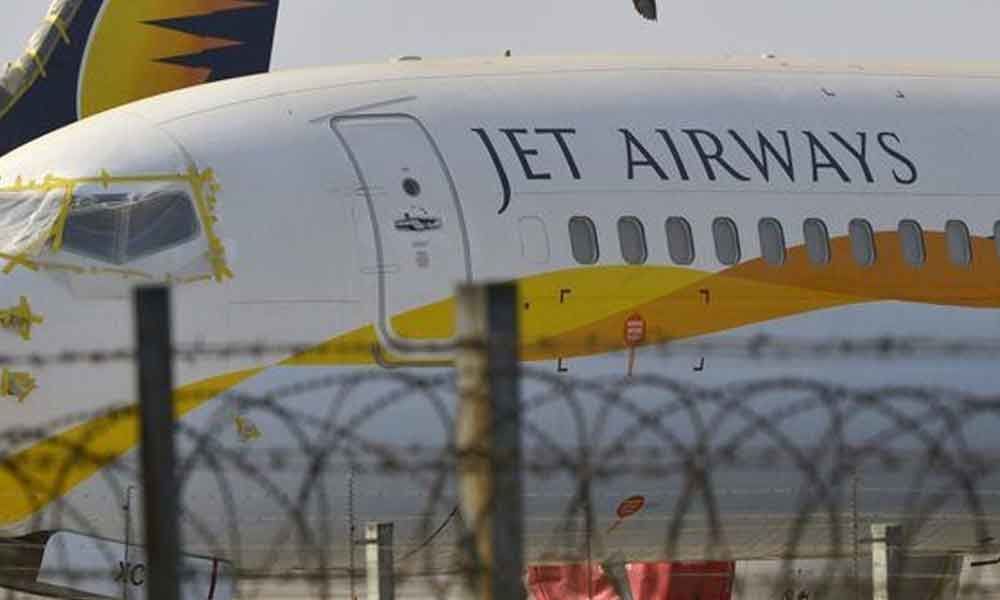 Lenders of Jet Airways on Wednesday extended the deadline for submission of initial bids for stake purchase in the ailing airline to April 12.

New Delhi: Lenders of Jet Airways on Wednesday extended the deadline for submission of initial bids for stake purchase in the ailing airline to April 12. Cash-strapped Jet Airways has delayed salaries to pilots, defaulted on loan repayments as well as payments to aircraft lessors.

SBI Capital Markets, which issued Expression of Interest (EoI) document on April 8, has extended the deadline for submission of initial bids to April 12. Potential bidders can send their queries till April 11.

The deadline for submission of bids was to end on Wednesday. "The qualified bidders will be expected to submit their respective binding bid(s) latest by April 30, 2019 subject to the terms set out under the bid document," SBI Capital Markets said in a notice posted on its website.

The SBI-led consortium of domestic lenders is implementing a debt resolution plan for Jet Airways, whose board approved the plan last month. "While all soft copies of the EoIs are required to submitted by the EoI due date, the hard copies may be submitted by April 16, 2019," the notice said.

Earlier in the day, SBI Capital Markets issued a set of clarifications related to the EoI document, including that bidders in a consortium need to furnish solvency certificates individually. "Bidders are required to provide the solvency certificate on their letterhead and certified by MD/ full time director / CEO of the bidder or a person holding an equivalent position in the bidder," SBI Capital Markets said in a separate notice.

In the case of consortium, each member has to submit solvency certificate, which is a proof of an entity's financial stability.As part of the debt resolution plan for the full service carrier, the lenders are looking to restructure "existing facilities and infusion of funds by way of loans or acquisition/ subscription of up to 75 per cent of equity share capital of the company".