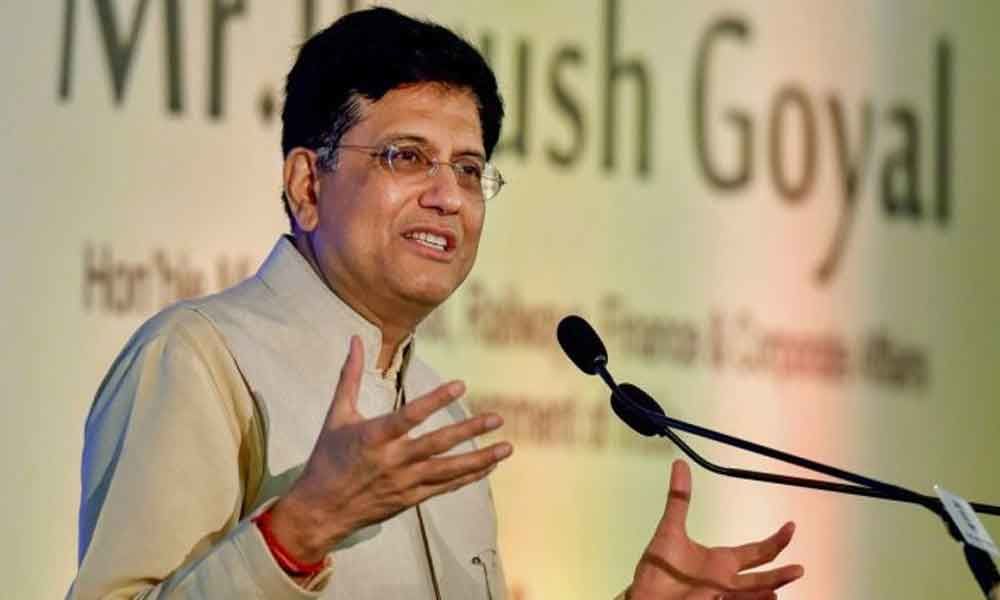 India exported goods worth over USD 6 billion under GSP in 2018.

New Delhi: Stating that the US has taken a "unilateral position" in rolling back export incentives from India, the government Wednesday asserted that it would not allow trade negotiations to overtake issues of national interest.

Responding to supplementaries during the Question Hour in Lok Sabha, Commerce and Industry Minister Piyush Goyal said "we believe" that the US decision of withdrawing GSP (Generalised System of Preferences) benefits "is not exactly as per the norms of WTO and GATT which have been mutually agreed and which are multilateral trade agreements".

The World Trade Organisation (WTO) is a 164-member multi-lateral body which frames rules for global trade. India and the US are members of this organisation.

Under the WTO, the General Agreement on Tariffs and Trade (GATT) aims at promoting trade by reducing or eliminating trade barriers like customs duties.

"At the outset, I would like to state that US has taken a unilateral position. We believe that it is not exactly as per the norms of WTO and GATT which have been mutually agreed and which are multilateral trade agreements," he said.

India exported goods worth over USD 6 billion under GSP in 2018.

The US' decision came into effect from June 5. It has alleged discrimination in Indian policies against American companies. The US firms have flagged concerns over capping prices of medical devices and not getting market access to its dairy products.

On their concerns on medical devices, India has stated it is willing to find a reasonable solution but that has to balance with the country's non-negotiable public health concerns and requirements.

Similarly on the dairy sector, the country has informed the US authorities about use of animal derived feed in America, which hurts domestic religious and cultural sentiments.

Goyal said: "One thing is very clear. This government will never ever compromise on national security and national sovereignty and at no point of time will trade negotiations be allowed to overtake what is in the national interests and the interests of the people of India".

He also said that this particular step by the US happened during the midst of the elections and America took the decision on May 31 to withdraw GSP concessions from June 5.

The issue saw a brief war of words between the minister and Congress member Manish Tewari.

Tewari accused the government of failing to take sufficient measures on the issue though the US had been planning to roll back these incentives as early as 2016.

"I heard the rather long filibustering answer which the commerce minister gave. I would just like to tell him that this GSP situation did not manifest itself while the Model Code of Conduct was in place. This is something which has been festering ever since President Trump took office in 2016," Tewari said.

He asked why the government was not able to handle the issue properly and "why did things come to such a pass that these GSPs had to be invoked".

He also sought to know whether the government would raise the issue with the visiting US Secretary of State Mike Pompeo.

"I would like to ask the Prime Minister whether he would tell the US Secretary of State, when he meets him, that this bullying and arm twisting by the US will not be tolerated by India," he asked.

On this, Goyal said if the Congress member is calling the reply as "filibustering, I think it is an insult to the member of his own party who raised the question in the first place whom I am trying to address with a very detailed answer".

He added that he has no information that the US was considering the withdrawal since 2016.

The minister added that if the US was was considering to withdraw this from 2016, "I think it is only a recognition of the growing strength of India as an economy, because the GSP was originally intended, as I explained to the member earlier, for the Least Developed Countries and for the Under Developed Countries".

"... if at all the US has started looking at India from India's position of strength as a country which is developing rapidly, particularly in the last five years, I think it is a matter of pride for all the people of India," he added.