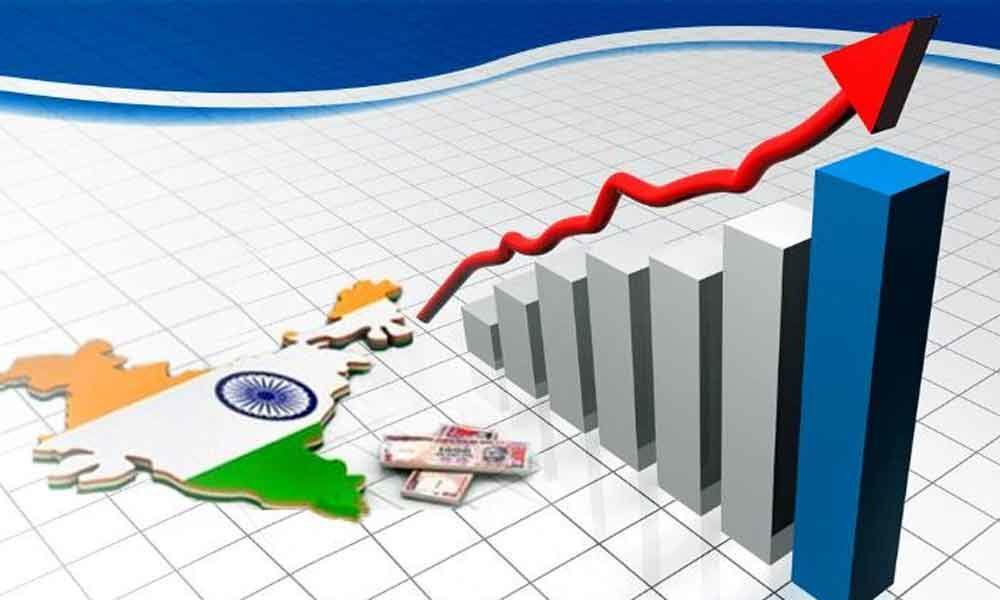 If Prime Minister Narendra Modi succeeds in taking Indian economy closer to $5-trillion mark during his second term, future of some ambitious politicians will be in peril, especially those aspiring to become Prime Minister.

Iron Lady Indira Gandhi had the honour of becoming India's first Finance Minister. But she was the Prime Minister when she held finance portfolio for a year in 1970. However, that doesn't take credit away from Ms Sitharaman who as expected is relatively poor in Hindi.

Hailing from Tamil Nadu and marrying into a Telugu family, she has done a fantastic job as a Finance Minister. But I don't think Prime Minister Narendra Modi has given her a free hand the way he did for her predecessor Arun Jaitley who unofficially donned the No. 2 position in Modi 1.0 dispensation. Jaitley defended the Modi government from Opposition assaults.

His defence was not confined to economy though. He chipped in whenever the political chips of BJP were down. That way, Ms Sitharaman stepped into big shoes after Jaitley opted out of the Modi 2.0 Cabinet on health grounds. So, we may not expect political barbs from the new Finance Minister though she, going by her past track record, is equally eloquent on political issues.

But the biggest takeaway from the full Union Budget 2019 presented by the new Finance Minister is the Modi Government's focus on taking India's economy beyond $5 trillion mark by the financial year 2024-25. That amount is equal to Rs 343 lakh crore in Indian currency at current exchange rates.

Economic Survey 2018-19 which was presented to Parliament a day before the Budget listed out several factors that would help India achieve its latest economic goal of $5 trillion.

It underlined the need for increasing savings, attracting more private investments and enhancing exports. According to the Survey, India needs to clock a sustained GDP growth of eight per cent year after year for next five years for hitting the $5 trillion mark.

But these factors are economic in nature. There are other factors as well. The foremost hindrance to the India's growth story is the government employees and their utter lack of enthusiasm to work for the development of the country. Many people join the government service with a false notion that they don't have to work for rest of their lives.

This applies to all people working in the government, from peon to principal secretary. Their lackadaisical attitude did not change even after the governments at the Centre and in the states enhanced staff salaries on par with corporate sector and more.

The central government should change this dynamic and find some way to infuse enthusiasm among government employees in order to improve their productivity. Without their active participation, it is not easy for the country to emerge as an economic superpower.

The second hurdle for India's economic growth is corruption – official, political and private. Despite tall claims by the successive governments, corruption is prevalent in the government and outside.

Even private sector is not immune to this malaise these days. As consequence, black economy is expanding at faster rate than the real one. If the back economy is counted in, India's economy may have already crossed $5-trillion milestone. But it's not easy to curb corruption in developing country like India.

Economic inequalities are sharp and widen in developing countries. That is what breeds corruption. But rampant corrupt practices invariably curtail economic growth. Therefore, corruption should be controlled as much as possible.

There is no second opinion that the $5-trillion economy is a dream target. India should achieve it as fast as possible. But, for India which is among the oldest countries on the Earth, and patriotic Indians, there is also a bigger challenge: keeping its brightest sons and daughters working within its boundaries and striving for its growth.

A few days ago, the US House of Representatives passed a Bill removing country cap on Green Cards. This has brought cheers to lakhs of Indian professionals as they will benefit from it and get US Citizenship easily. That means talented Indians are not ready to work in India. They are more than happy to relinquish their Indian Citizenship in favour of US Green Card.

India needs to realise that it is very difficult for a country to flourish and progress if its talent pool migrates elsewhere. The governments should also address this key issue and see to it that Indians give first preference to their home country. If that happens, Indian economy will race ahead at jet speed and for it, $5 trillion will be a small target.

Nevertheless, if Prime Minister Narendra Modi succeeds in taking Indian economy closer to $5-trillion mark during his second term, future of some ambitious politicians will be in peril, especially those aspiring to become prime minister. Indians may demand an amendment to Constitution mandating single status as key eligibility for becoming PM!

Indians will obviously like to enjoy with their families while preferring a bachelor or single without any familial responsibilities doing the job of developing the nation and generating wealth for the country. That's for sure!